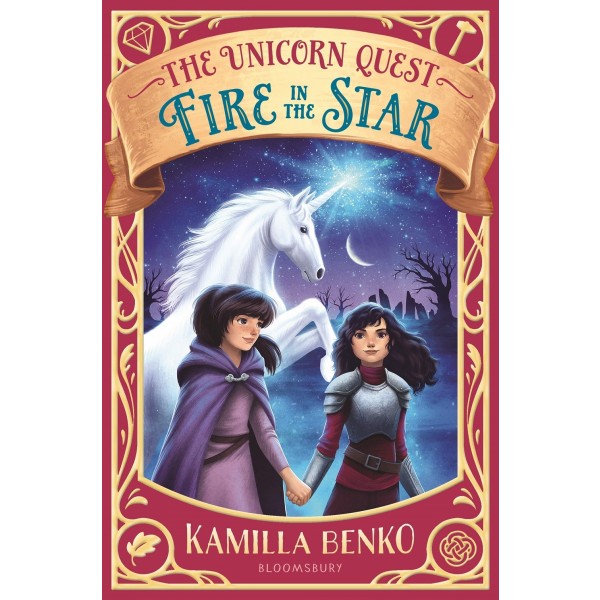 The Unicorn Quest: Fire in the Star

After a lifetime of being the younger sister, it's finally Claire Martinson's turn to lead. And she'll do anything to keep her big sister Sophie safe: resist the wraiths' cold shadows, experiment with new and dangerous magic, become a thief in disguise.

When Claire discovers that "only a queen can defeat a queen," she knows she must steal and reforge the ancient Crown of Arden to stand a chance against the darkness that threatens the world and her family. Because Queen Estelle d'Astora, desperate to reclaim her power, will stop at nothing to gain the support of the four guilds — even if it means killing the last unicorn.

But the secrets of the unicorns are deeper than anyone could have ever imagined. Does Claire have what it takes to ignite the long-buried magic of this world and wake the fire in the stars? Or will the true salvation of Arden rest on one final and heartbreaking sacrifice? The enchanting Unicorn Quest series reaches its thrilling conclusion as two sisters fight to save a magical land from destruction.