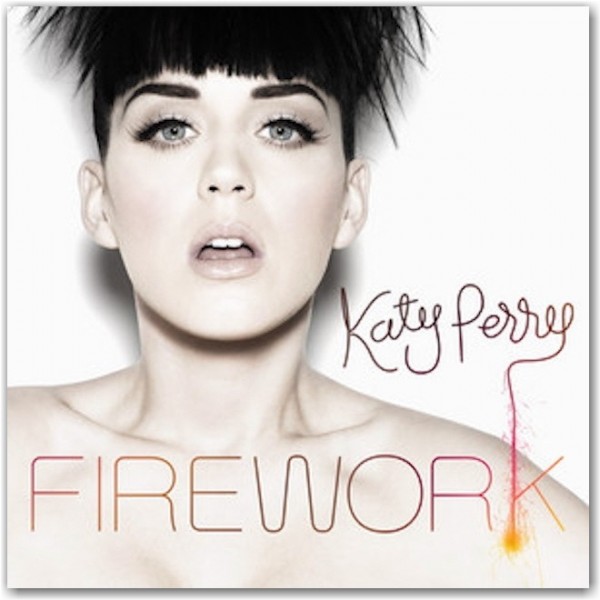 Firework is the third single from Katy Perry's third solo album, Teenage Dream, but she has indicated that she considers it the most important track from that album. The catchy song was very successful commercially, reaching the top of the Billboard top 100 and selling over 500,000 digital downloads in one week in the US.

The song is an inspirational anthem with a strong message of empowerment, individuality, and self-esteem that emphasizes that you should not allow others to diminish your light. The video, directed by David Meyers, was filmed in Budapest, and an open casting call famously lead to 38,000 applicants. The video depicts Perry looking out over the city from a balcony as multiple young people face fears and insecurities. Fireworks then burst from her chest and spread to each of them, encouraging them to overcome their obstacles; in turn, they each produce more fireworks that spread even further through the city.

Notes for Parents: The mature emotions in this song make it most suitable for girls 10 and up, but it may have value to any girl who feels overcome by a lack of confidence. The video has some suggestive wardrobe and situations, including a pool party featuring bikinis and a kiss between a gay couple, and a few scenes of more intense emotions, such as two children who are visibly upset as their parents argue. However, it is a beautiful video with a strong message of celebration of self-esteem and personal strength.