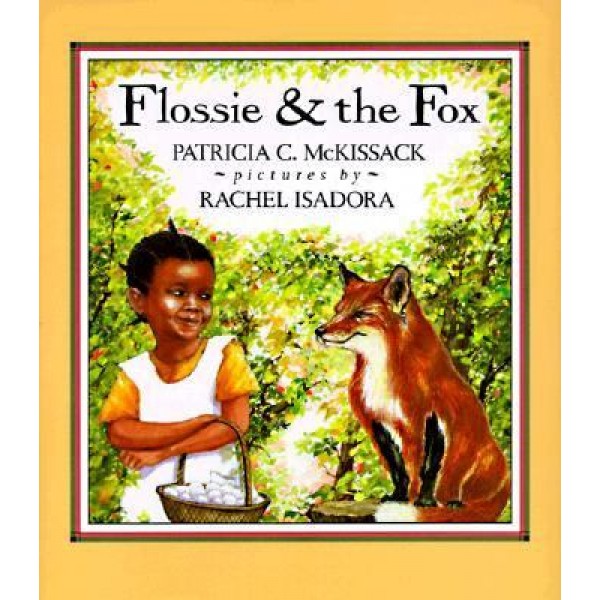 Flossie and the Fox

A wily fox, notorious for stealing eggs, meets his match when he encounters a bold little girl in the woods who insists upon proof that he is a fox before she will be frightened.

"When [Flossie] meets the fox, she doesn't recognize him, and so introduces herself. He identifies himself, but Flossie doesn't believe him. He points out his thick fur. 'Feels like rabbit fur to me,' Flossie replies. 'You a rabbit.' The fox notes his long pointed nose, and Flossie decides that rats have similar noses. 'You a rat trying to pass yo'self off as a fox.' The fox desperately tries to persuade Flossie of his identity. She just keeps walking, until they are in the road, where the McCutchin hounds are ready to pounce on the fox. 'The hounds know who I am!' the fox cries. 'I know,' says Flossie. Her eggs are safe, and the little girl has outfoxed the 'ol' confidencer.'" -- Publishers Weekly

"The watercolor and ink illustrations, with realistic figures set on impressionistic backgrounds, enliven this humorous and well-structured story which is told in the black language of the rural south. The language is true, and the illustrations are marvelously complementary in their interpretation of the events. This spirited little girl will capture readers from the beginning, and they'll adore her by the end of this delightful story." -- Helen E. Williams, School Library Journal