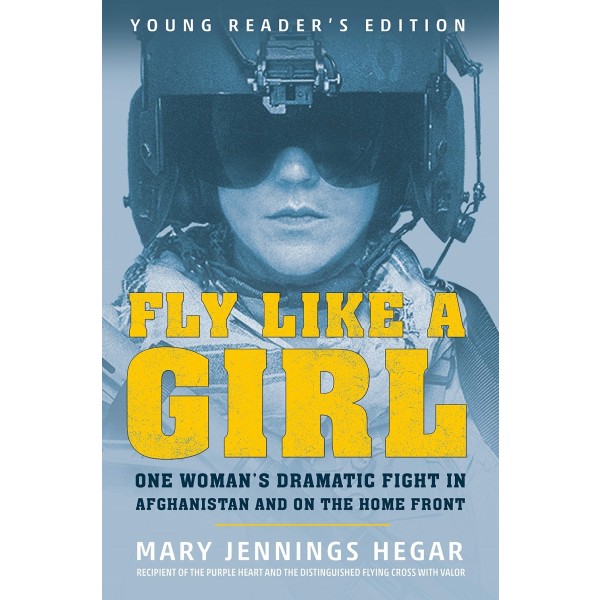 On July 29, 2009, Air National Guard Major Mary Jennings Hegar was shot down while on a Medevac mission in Afghanistan. Despite being wounded, her courageous actions saved the lives of her crew and their patients, earning her the Purple Heart as well as the Distinguished Flying Cross with Valor Device. That day also marked the beginning of a new mission: convincing the U.S. Government to allow women to serve openly on the front line of battle for the first time in American history.

With exclusive photographs throughout, Fly Like a Girl tells the inspiring true story of Mary Jennings Hegar — a brave and determined woman who gave her all for her country, her sense of justice, and for women everywhere. This young readers edition of Hegar's adult memoir Shoot Like A Girl: One Woman's Dramatic Fight in Afghanistan and On the Home Front includes exclusive photographs, a discussion guide, and a Q&A with the author written specifically for teen readers.