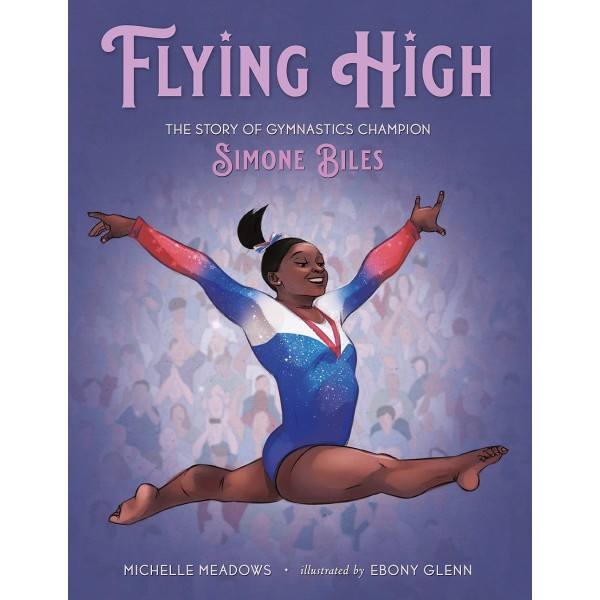 Before she was a record-breaking gymnast competing on the world stage, Simone Biles spent time in foster care as a young child. Nimble and boundlessly energetic, she cherished every playground and each new backyard.

When she was six years old, Simone's family took shape in a different way. Her grandparents Ron and Nellie Biles adopted Simone and her sister Adria. Ron and Nellie became their parents. Simone was also introduced to gymnastics that same year, launching a lifelong passion fueled by remarkable talent, sacrifice, and the undying support of her family.

From her athletic early childhood to the height of her success as an Olympic champion, Flying High is a lyrical picture book biography of the world's greatest gymnast from author Michelle Meadows and illustrator Ebony Glenn.

"Meadows sketches Biles’s experiences with foster care and adoption, her entry into gymnastics, and continued resilience that carried her to the Olympic Games. Glenn’s art, rendered digitally, focuses on both motion and emotion: a spread of Biles’s signature move — 'two breathtaking flips/ high up in the air' — shows each stage of the flip in flowing detail that celebrates both Biles’s expertise and the range of the human body." — Publishers Weekly