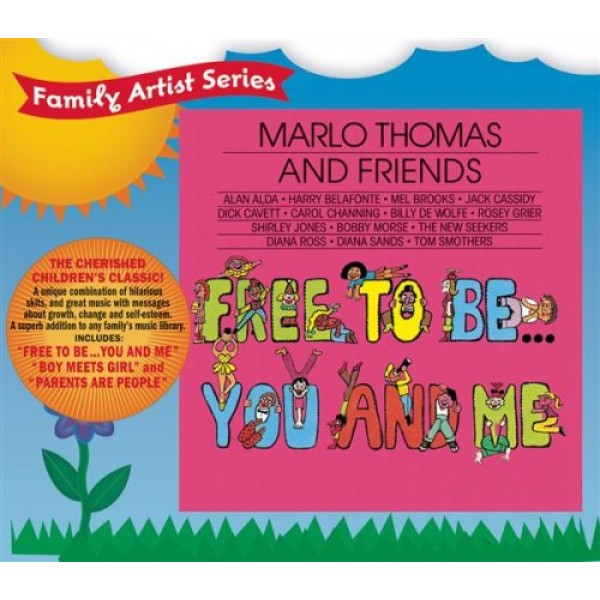 Free to Be You and Me

Marlo Thomas, an American actress, producer, and social activist, created the project Free to Be...You and Me in 1972 after being inspired by her niece to create material that encouraged equality, celebration of differences, and tolerance. The project included a book, an album of music for children, and a TV special, and also generated a later project called Free to Be...A Family, with Christopher Cerf, that explored challenges facing modern families, including divorce and remarriage, absent parents, adoption, and fears about current events.

The title track of the album, Free to Be You and Me, was performed by The New Seekers, a British-based pop group. It imagines a land in which every child is free to be themselves and in which tolerance and acceptance are everywhere, and notes that this wonderful place isn't particularly far from where we are today.

Notes for Parents: This song was targeted for younger children, and while it is still enjoyable for older listeners, the simplicity of its vocabulary and message is probably most suited for children 8 and under. The video features the opening sequence of original Free To Be...You and Me TV special.