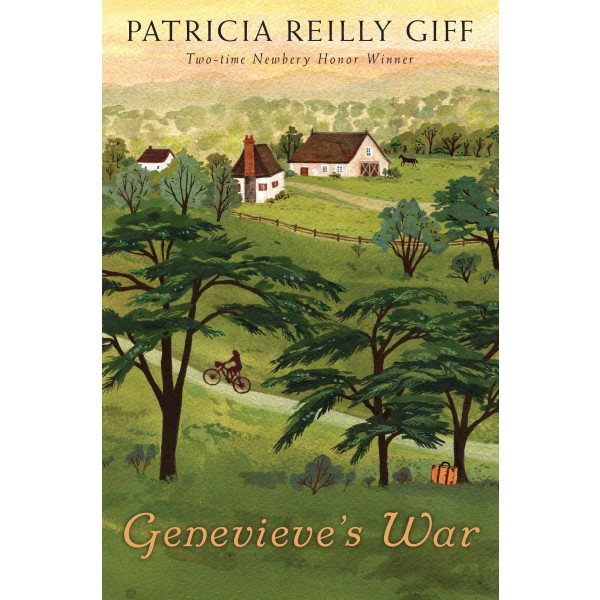 Thirteen-year-old American girl Genevieve has spent the summer of 1939 at her grandmother's farm in Alsace, France. She loves it so much that she makes an impulsive choice to stay — but it proves to be a dangerous decision when World War II erupts. The Nazis conquer Alsace and deport the Jews and others. A frightening German officer commandeers a room in Mémé's farmhouse.

But Gen and her grandmother aren't loyal to the Reich. Gen supports her friend Remi in his work for the French Resistance, and when he's injured in a sabotage attempt, Gen dares to hide him in the attic — right above the Nazi officer's head. This powerful companion to Lily's Crossing brings the war in occupied France vividly to life.

"Patricia Reilly Giff ably illustrates the physical and mental effects of war, and the heroism found in unexpected places and people. The atmosphere of fear and mistrust is viscerally felt, but the resistance provides a sliver of hope amid the grim realities of war. Gen’s relationship with her grandmother, which deepens into mutual respect and understanding, is especially rich and engaging." — Publishers Weekly