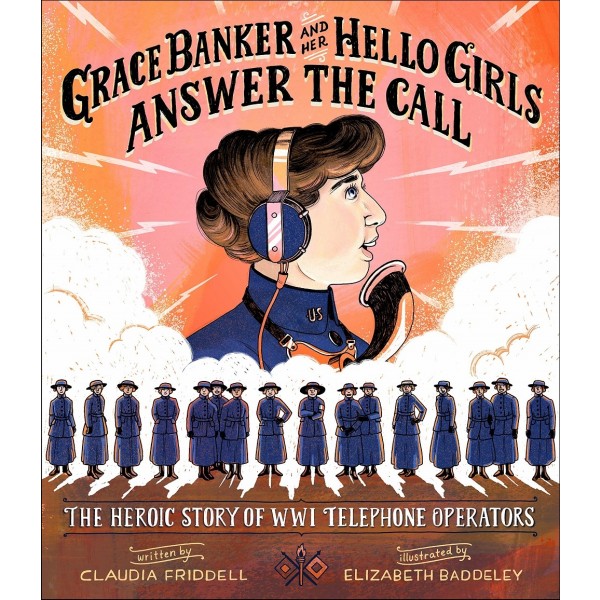 Grace Banker and Her Hello Girls Answer the Call: The Heroic Story of WWI Telephone Operators

Led by twenty-five-year-old Grace Banker, thirty-two telephone operators — affectionately called "Hello Girls" back in the US — became the first female combatants in World War I! This picture book follows Grace Banker's journey from her busy life as a telephone switchboard trainer in New York to her pioneering role as the Chief Operator of the 1st Unit of World War I telephone operators in the battlefields of France.

With expert skill, steady nerves, and steadfast loyalty, the Signal Corps operators transferred orders from commanders to battlefields and communicated top-secret messages between American and French headquarters. After faithfully serving her country — undaunted by freezing weather and fires; long hours and little sleep, and nearby shellings and far off explosions — Grace was the first and only woman operator in the Signal Corps to be awarded the Army's Distinguished Service Medal. An overlooked hero of World War I is given her due in this absorbing and exuberant look at the Hello Girls and their important contributions.