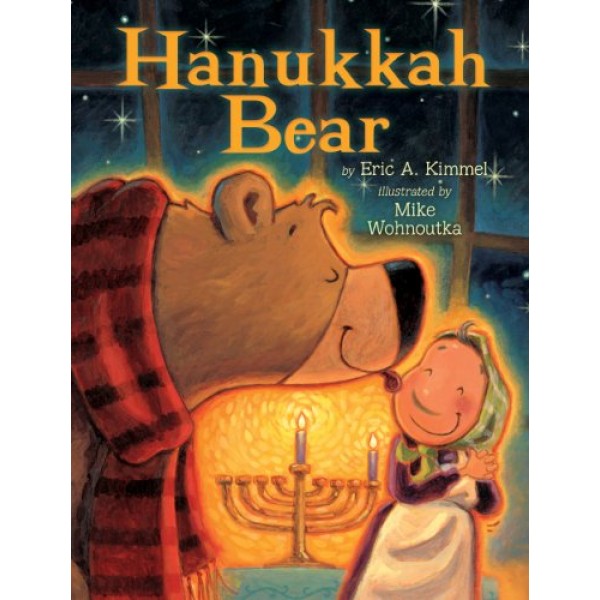 A bear wakes to a wonderful smell that leads him to the house of Bubba Brayna. Bubba Brayna makes the best latkes in the village, but at ninety-seven, she doesn't hear or see well. When the bear arrives at her door, she believes he is her rabbi.

Bubba Brayna and the bear light the menorah, play the dreidel game, and eat all the latkes. And when the mix-up is revealed, Bubba Brayna has a laugh about it, and everyone works together to make more latkes. This shortened retelling of The Chanukkah Guest by Eric A. Kimmel is sure to become a family favorite.

"Young listeners will chortle as Bubba mistakes her ursine guest for the rabbi. She attempts to remove his coat, insists he recite the blessings, beats him at a game of dreidel, and finally feeds him latkes with jam. This updated version of The Chanukkah Guest (1990) features revised text and all-new illustrations by Wohnoutka. His cartoon-style acrylics exude comfort and make effective use of warm browns and golds. Concluding with a recipe for latkes and a note about Hanukkah customs, this makes a good addition to the holiday shelf." -- Kay Weisman, Booklist