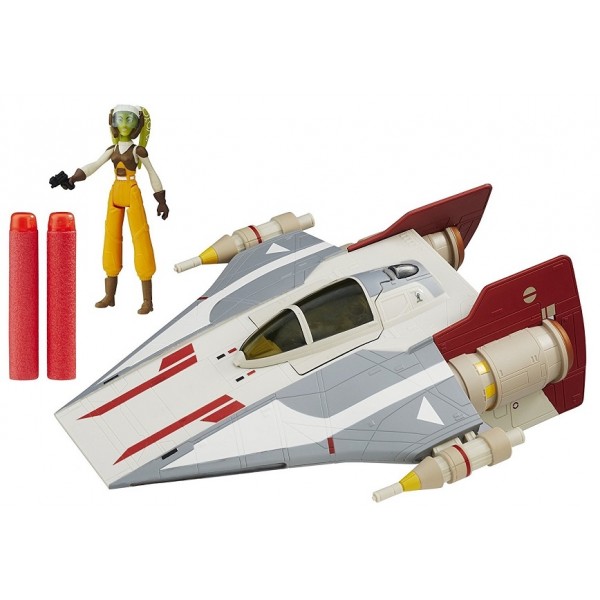 The captain and heart of the starship The Ghost and its rebel crew, Hera Syndulla is a gifted pilot and leader. Her leadership and the respect she earned from the Phoenix Squadron prompted her promotion to squadron leader by Commander Sato. Poised for attack against the Empire, Hera Syndulla's A-Wing features NERF dart-firing capability and includes 2 NERF projectiles! This set featuring the popular character from Star Wars: Rebels includes a 3.75 inch Hera figure and a scale A-Wing