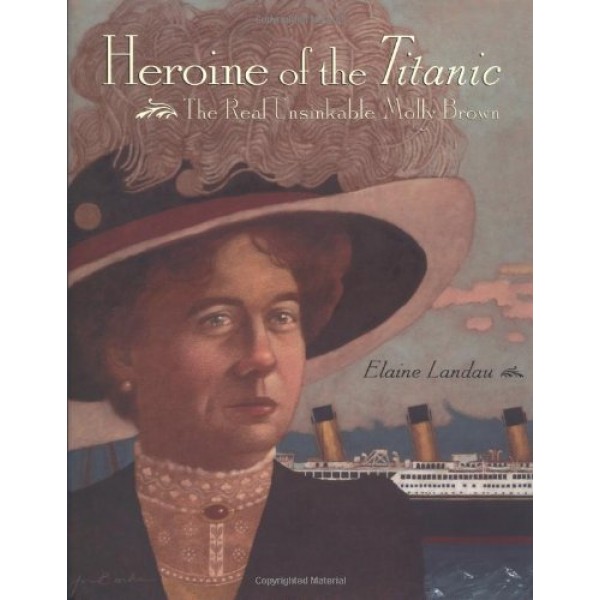 Heroine of the Titanic: The Real Unsinkable Molly Brown

Margaret (Molly) Brown is best known for her bravery and compassion during the tragic sinking of the Titanic, which catapulted her to international fame virtually overnight. But few people are aware that she was also an outspoken suffragist, a tireless champion of miners' rights, and one of the first women to run for the U.S. Congress.

Raised in a working-class Mississippi River town, Margaret -- who was never called Molly in her lifetime -- followed her brother to a rough-and-tumble Colorado boomtown at a time when few women dared to settle in the then untamed West. She married a silver miner who eventually struck it rich, and she used her new wealth and social prominence to further her own education and to fight for the rights of others, regardless of their race or religious beliefs.

Archival photographs and excerpts from early-twentieth-century newspapers and Brown family letters provide a clear picture of this forward-looking, energetic individual and the society that she strove to reform.

"A realistic biography of an independent and strong-willed woman.... Black-and-white archival illustrations and photos highlight her life as well as greater relevant aspects of the period in which she lived. The cult of Molly Brown is discussed, and photos of her stage and screen representations are included." -- School Library Journal