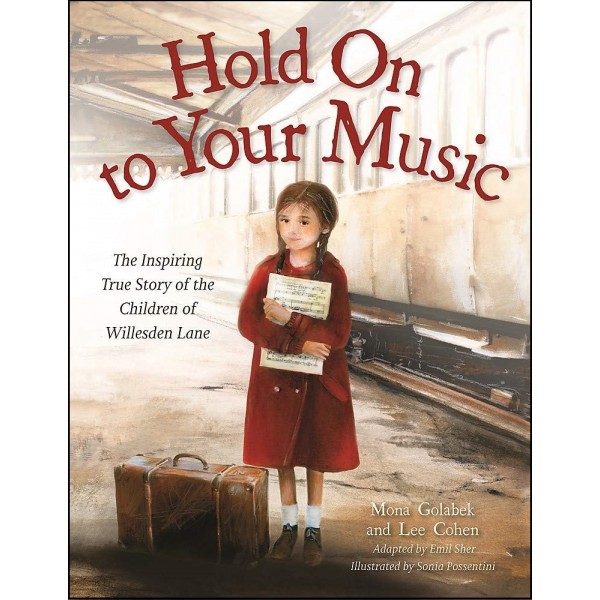 Hold On to Your Music: The Inspiring True Story of the Children of Willesden Lane

In pre-World War II Vienna, Lisa Jura was a musical prodigy who dreamed of becoming a concert pianist. But when enemy forces threatened the city — particularly the Jewish people that lived there — Lisa's parents were forced to make a difficult decision. They chose to send Lisa to London for safety through the Kindertransport, a rescue effort that relocated Jewish children. As Lisa yearned to be reunited with her family while living in a home for refugee children on Willesden Lane, her music became a beacon of hope for those around her.

Based on the experiences of Lisa Jura Golabek, this picture book introduces young readers to the Kindertransport program which saved so many young lives during World War II. This true story of courage, survival, and determination was originally published in 2017 for older readers as The Children of Willesden Lane; now this picture book retelling will inspire a new generation.

"Rich, engrossing art and precise storytelling accentuate scenes of Jura playing piano in the basement while bombs fall, and performing at her first concert. The history of Nazism, the Holocaust, and the lifesaving mission of the Kindertransport are deftly explained in the author’s historical note. Pictures and artifacts, combined with the author’s note about the inspiration she has always found in her mother’s love of music, stand out. A must-share snapshot of history that invites young readers to consider what they will hold on to when they face difficult times." — School Library Journal