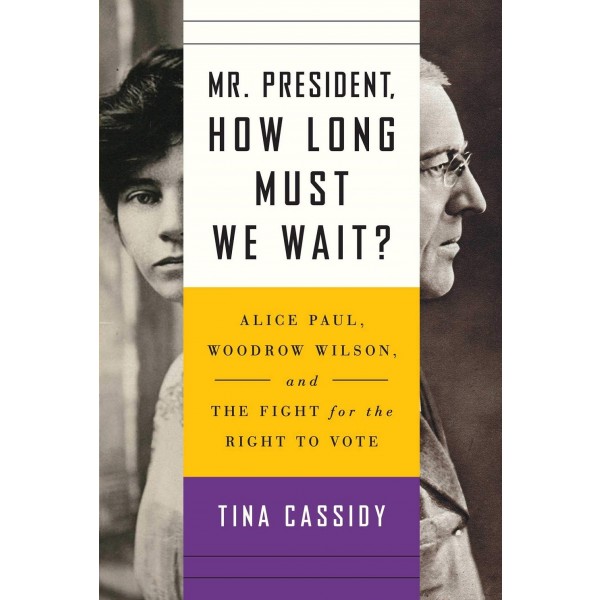 Mr. President, How Long Must We Wait: Alice Paul, Woodrow Wilson, and the Fight for the Right to Vote

Woodrow Wilson lands in Washington, DC in March of 1913, a day before he is set to take the presidential oath of office. But the crowds and reporters are blocks away, watching a parade of eight thousand suffragists on Pennsylvania Avenue in a first-of-its-kind protest organized by a twenty-five-year-old activist named Alice Paul. Mr. President, How Long Must We Wait? weaves together two storylines: the trajectories of Alice Paul and Woodrow Wilson, two apparent opposites.

Paul's procession of suffragists resulted in her being granted a face-to-face meeting with President Wilson, one that would lead to many meetings and much discussion, but little progress for women. With no equality in sight and patience wearing thin, Paul organized the first group to ever picket in front of the White House lawn ‐ night and day, through sweltering summer mornings and frigid fall nights.

From solitary confinement, hunger strikes, and the psychiatric ward to ever more determined activism, Mr. President, How Long Must We Wait? reveals the courageous, near-death journey it took, spearheaded in no small part by Alice Paul's leadership, to grant women the right to vote in America. This rousing portrait of a little-known feminist heroine is an eye-opening exploration of a crucial moment in American history one century before the Women's March.