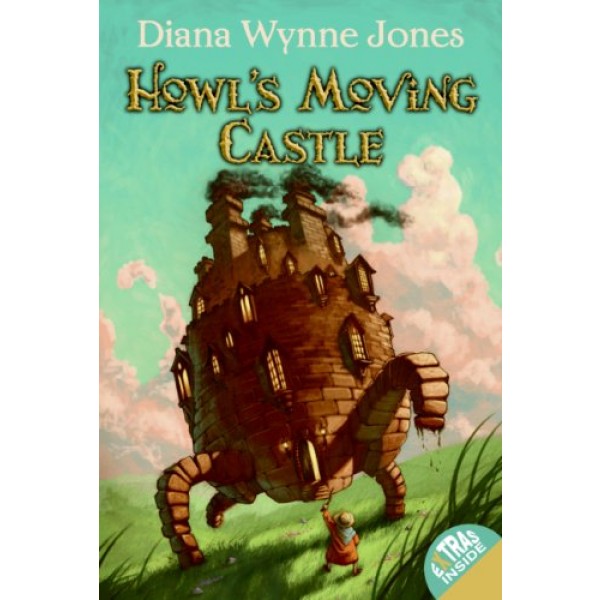 Sophie has the great misfortune of being the eldest of three daughters, destined to fail miserably should she ever leave home to seek her fate. But when she unwittingly attracts the ire of the Witch of the Waste, Sophie finds herself under a horrid spell that transforms her into an old lady. Her only chance at breaking it lies in the ever-moving castle in the hills: the Wizard Howl's castle. To untangle the enchantment, Sophie must handle the heartless Howl, strike a bargain with a fire demon, and meet the Witch of the Waste head-on. Along the way, she discovers that there's far more to Howl -- and herself -- than first meets the eye.

The story of Sophie and the Wizard Howl continues in the sequel House of Many Ways.

"So goes this intricate, humorous and puzzling tale of fantasy and adventure which should both challenge and involve readers. Jones has created an engaging set of characters and found a new use for many of the appurtenances of fairy tales -- seven league boots and invisible cloaks, among others. At times, the action becomes so complex that readers may have to go back to see what actually happened, and at the end so many loose ends have to be tied up at once that it's dizzying. Yet Jones' inventiveness never fails, and her conclusion is infinitely satisfying." -- School Library Journal