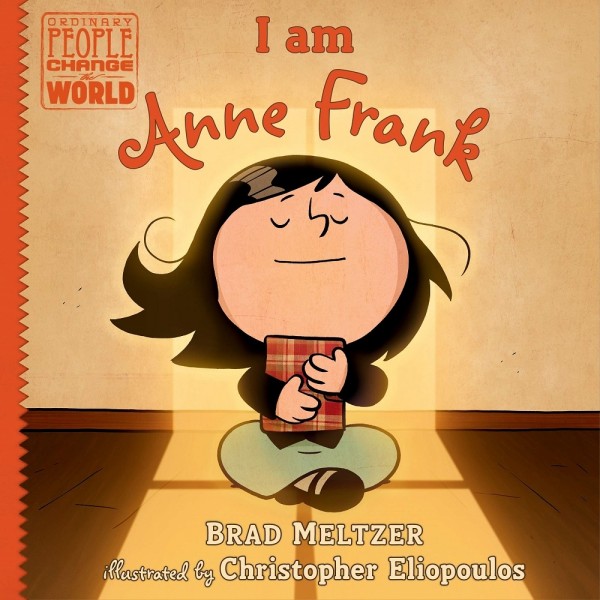 I Am Anne Frank

Anne Frank was just an ordinary girl with a brand new diary when her world was turned upside down. The Nazis invaded Holland and she and her Jewish family had to go into hiding along with friends — eight people crammed into a secret space in her father's old office. While the German police hunted them, her father's employees helped them... and Anne wrote in her diary, capturing a picture of an ordinary girl in extraordinary circumstances who never lost her sense of optimism or her faith in the goodness of people.

The best-selling Ordinary People Change the World picture book biography series focuses on the traits that made our heroes great — the traits that kids can aspire to in order to live heroically themselves. Appealing illustrations and a narrative style draw kids into the story, while backmatter includes photos, timelines, and other historic details. This touching book celebrates Anne's courage and hope during a time of terror, which are still an inspiration for people around the world today.