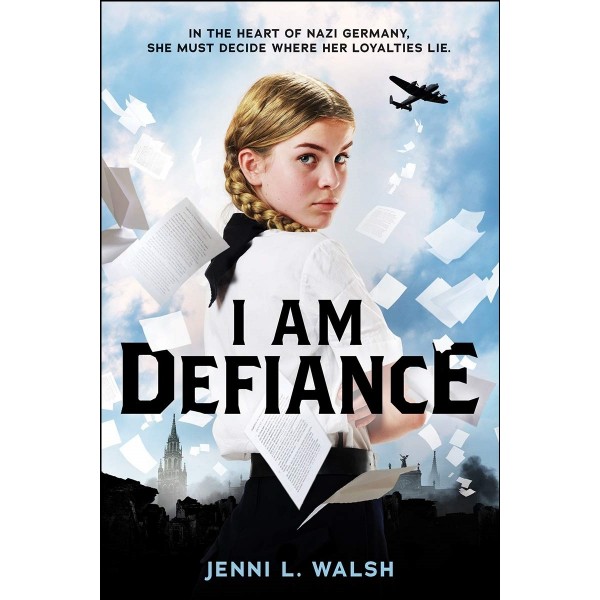 I Am Defiance: A Novel of WWII

Brigitte tries not to ask questions. They don't seem very welcome at her League of German Girls meetings, where she and her friends learn about their duties to Hitler's war effort. But she can't help asking questions when a mysterious pamphlet appears in her mailbox: a pamphlet full of words like resistance and freedom, from a group that calls itself the White Rose.

Brigitte's father and older sister, Angelika, seem to agree with the forbidden papers — an opinion that is dangerous even to whisper at home. And when Angelika becomes involved with secret resistance efforts, Brigitte's questions only bloom. Could Angelika be connected to the White Rose? Is Brigitte's family in danger of being arrested? And if she chooses a side, will Brigitte be able to take a stand?

Jenni L. Walsh delivers a gripping story about a real-life youth resistance group in World War II Germany, and about the power of thinking for yourself in the fight against hatred.