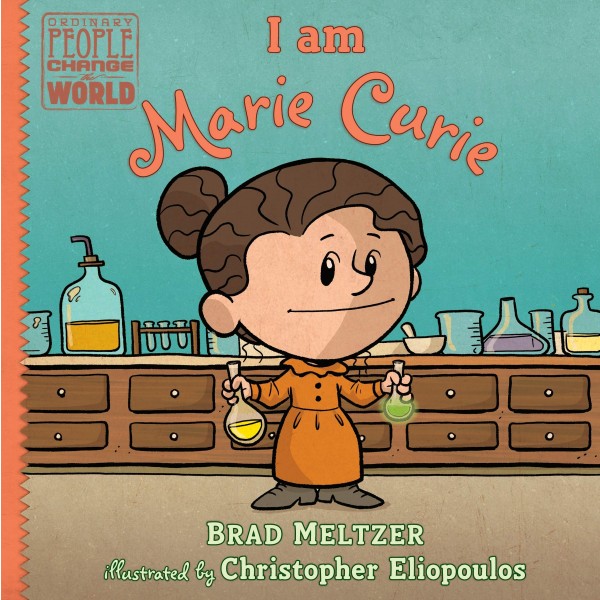 When Marie Curie was a child in Poland, nobody believed that girls could be scientists. But the curious girl was determined to learn all she could — even if it meant a few laboratory accidents along the way! She studied at a secret school in Poland for female scientists, then traveled to France to learn even more. Her scientific discoveries, including two new elements and the theory of radioactivity, changed physics and chemistry forever — making her the first woman to win a Nobel Prize, and the only person ever to win Nobel Prizes in two different scientific disciplines!

This book from the friendly, fun Ordinary People Change the World biography series focuses on the traits that made our heroes great — the traits that kids can aspire to in order to live heroically themselves. Each book tells the story of one of America’s icons in a lively, conversational way that works well for the youngest nonfiction readers. It's a great way to show how any person can be a hero!