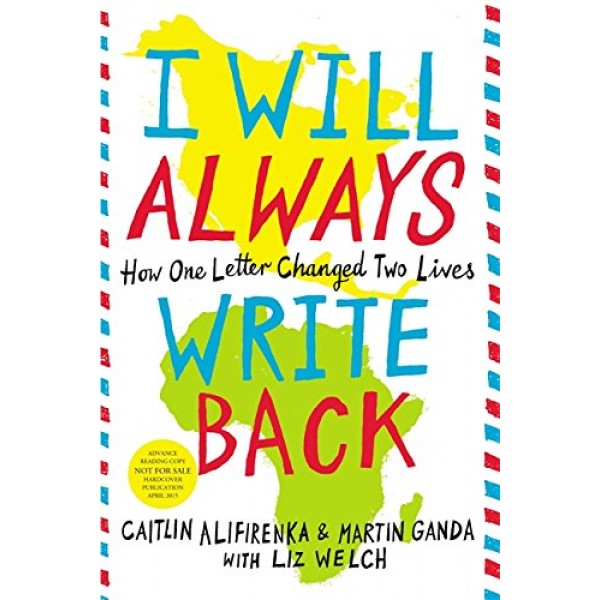 I Will Always Write Back

It started as an assignment. Everyone in Caitlin's class wrote to an unknown student somewhere in a distant place. Martin was lucky to even receive a pen-pal letter. There were only ten letters, and fifty kids in his class. But he was the top student, so he got the first one. That letter was the beginning of a correspondence that spanned six years and changed two lives.

In this compelling dual memoir, Caitlin and Martin recount how an American girl and aboy from Zimbabwe became best friends -- and better people-- through their long-distance exchange. Their story will inspire you to look beyond your own life and wonder about the world at large and your place in it.

"In 1997, Caitlin, a typical 12-year-old girl from a middle class American family, began writing to Martin, a studious 14-year-old from a Zimbabwe slum. In her letters, Caitlin described her life, which consisted of shopping trips, quarrels with friends, and problems at school. Martin was initially far more circumspect in his responses....Eventually, Martin revealed the harsh realities of his life to Caitlin, who began sending money and gifts. What started as chatty letters turned into a lifeline for Martin and his family, as Caitlin and her parents helped the boy stay in school and achieve his goal of studying at an American university. This is a well-written, accessible story that will open Western adolescents' eyes to life in developing countries. Told in the first person, with chapters alternating between Caitlin's and Martin's points of view, this title effectively conveys both of these young people's perspectives." -- Michelle Anderson, School Library Journal