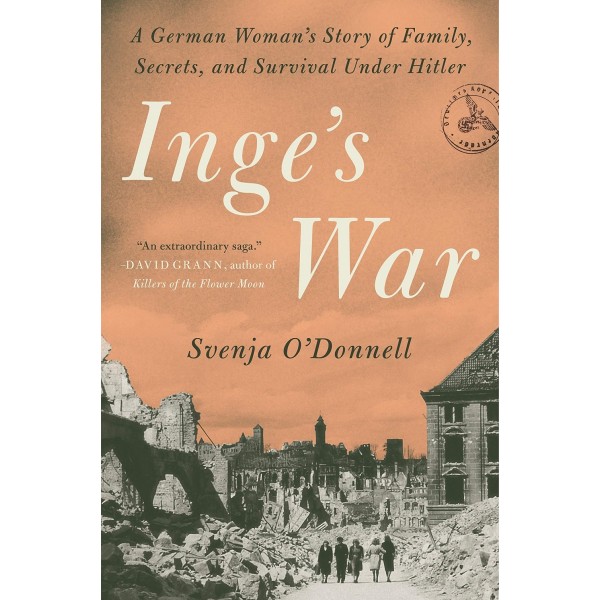 Inge's War: A German Woman's Story of Family, Secrets, and Survival Under Hitler

Growing up in Paris as the daughter of a German mother and an Irish father, Svenja O'Donnell knew little of her family's German past. All she knew was that her great-grandparents, grandmother, and mother had fled their home city of Königsberg near the end of World War II, never to return. But everything changed when O'Donnell traveled to the city — now known as Kaliningrad, and a part of Russia — and called her grandmother, who uncharacteristically burst into tears. "I have so much to tell you," Inge said.

In this transporting and illuminating book, the award-winning journalist vividly reconstructs the story of Inge's life from the rise of the Nazis through the brutal postwar years, from falling in love with a man who was sent to the Eastern Front just after she became pregnant with his child, to spearheading her family's flight as the Red Army closed in, her young daughter in tow. Ultimately, O'Donnell uncovers the act of violence that separated Inge from the man she loved; a terrible secret hidden for more than six decades.

A captivating World War II saga, Inge's War is also a powerful reckoning with the meaning of German identity and inherited trauma. In retracing her grandmother's footsteps, O'Donnell not only discovers the remarkable story of a woman caught in the gears of history, but also comes face to face with her family's legacy of neutrality and inaction — and offers a rare glimpse into a reality too long buried by silence and shame.