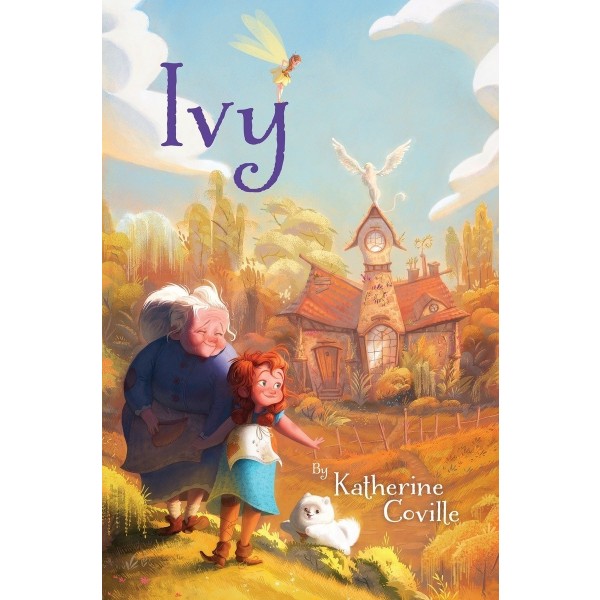 Ivy's grandmother is a healer — to mostly four-legged patients of the forest. Although the woodland creatures love her, the residents of Broomsweep grumble about Grandmother's unkempt garden. When a kingdom-wide contest is announced to proclaim the tidiest town in the land, the people of Broomsweep are determined to win. That is, if they can get Ivy's grandmother to clean up her ways.

Ivy is determined to lend a hand, but the task proves more challenging when a series of unexpected refugees descends on Grandmother's cottage. Before the week is over, an injured griffin, a dragon with a cold, and a tiny flock of temperamental pixies will cause a most untidy uproar in Broomsweep... and brighten Ivy's days in ways she never could have dreamed. This magical and humorous chapter book celebrates individuality and compassion above all.

Ivy and her friends return in Ivy and the Goblins.

"Having learned of Meg’s abilities, sick and injured woodland animals frequently arrive at the cottage seeking help, as do occasional magical creatures — a three-legged griffin and a dragon with the sniffles, most recently. When the queen announces a contest to select the best town in the kingdom, the mayor’s cantankerous wife and other neighbors fear that Ivy and Meg will mar the town’s image, but when trolls invade, the animals protect the community. Coville creates a cozy fairy-tale-like atmosphere in a story that celebrates nonconformity and kindness." — Publishers Weekly