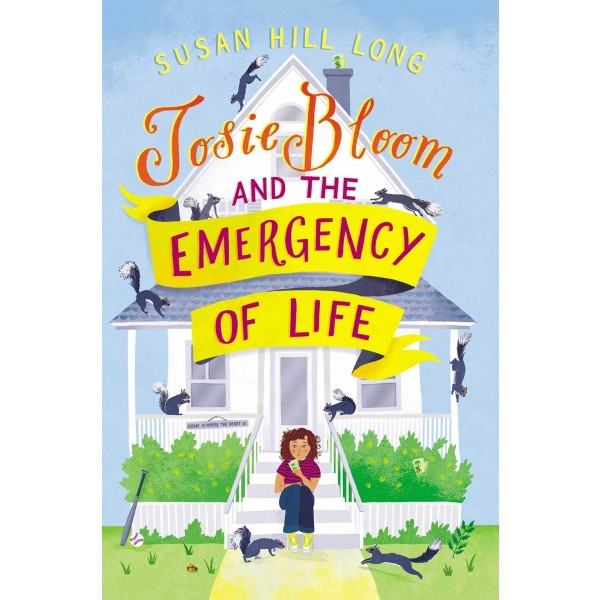 Josie Bloom and the Emergency of Life

It's 1977, and sixth grader Josie Bloom has been living with her grandfather since her single mother died. Then she discovers a wad of money stuffed inside a packet of bologna, and another hidden between the trash can and the bin liner. That money comes in handy when she finds the PAST DUE notice from the heating company. Seems like Grandpa has been spending more time feeding squirrels than paying the bills, and when she asks him questions, he blurts out random phrases.

But when a bill arrives that's too big to handle, Josie's going to need a plan to get more money — while keeping Grandpa's odd behavior a secret. Hilarious and heartwarming, Josie Bloom and the Emergency of Life celebrates the lengths family and friends will go to when it looks like the squirrels are winning.

"Josie’s first-person narration is humorous (facts from Ripley’s Believe It or Not! inform many of her brainstorms) and sometimes poignant (as when a memory of her mother crops up); Long nails the voice of a kid trying as hard as she can to tackle adult problems on her own when the well-meaning adults in her life fall short." — Publishers Weekly