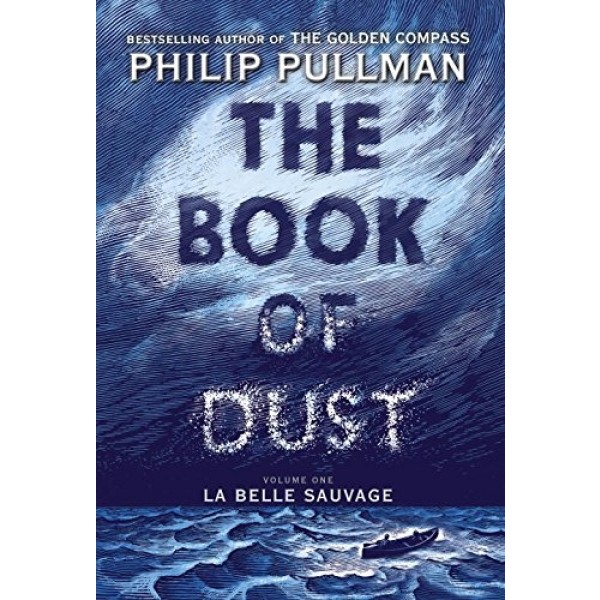 Malcolm's parents run an inn called the Trout, on the banks of the river Thames, and all of Oxford passes through its doors. Malcolm and his daemon, Asta, routinely overhear news and gossip, and the occasional scandal, but during a winter of unceasing rain, Malcolm catches wind of something new: intrigue. He finds a secret message inquiring about a dangerous substance called Dust -- and the spy it was intended for finds him.

When she asks Malcolm to keep his eyes open, he sees suspicious characters everywhere: the explorer Lord Asriel, clearly on the run; enforcement agents from the Magisterium; a gyptian named Coram with warnings just for Malcolm; and a beautiful woman with an evil monkey for a daemon. All are asking about the same thing: a girl -- just a baby -- named Lyra.

Lyra is the kind of person who draws people in like magnets. And Malcolm will brave any danger, and make shocking sacrifices, to bring her safely through the storm.

After seventeen years, Philip Pullman returns to the world of His Dark Materials and the early years of his beloved character, Lyra Belacqua. Malcolm and Lyra's story continues in The Secret Commonwealth.

"[I]mpelled by a devastating flood and the attentions of a sinister stranger with a horribly wounded, abused hyena for a daemon, 11-year-old Malcolm Pollstead undertakes a desperate rescue. He bundles the laughing infant [Lyra] into his canoe (named La Belle Sauvage) along with teenage acquaintance Alice Parslow. The terrifying hazards they encounter are natural, unnatural, and even supernatural....Magisterial storytelling will sweep readers along; the cast is as vividly drawn as ever; and big themes running beneath the surface invite profound responses and reflection." -- Kirkus Reviews