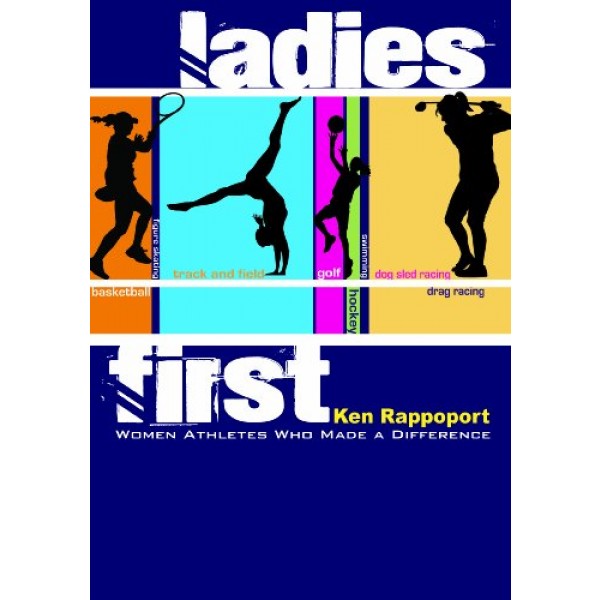 Ladies First: Women Athletes Who Made A Difference

"When somebody tells me I cannot do something, that's when I do it." --Gertrude Ederle, first woman to swim the English Channel

Each dramatic, action-packed profile shows how these pioneering women made a lasting impact not only on their sport but also on society by overcoming discrimination against their gender, and sometimes their race, and by challenging popular misconceptions about women and sports. Young readers will find in each of these women the courage, perseverance, and dedication that made them great athletes during their own times and strong role models for today. A bonus chapter at the end highlights The All-American Red Heads Basketball team.

"Each chapter begins with a personal vignette to capture readers' attention and is followed by the woman's accomplishments.... Two small, fair-quality, black-and-white photographs are included in each chapter. Adolescents interested in the accomplishments of women during the 20th century will find this an entertaining and easy read." – Janice C. Hayes, School Library Journal