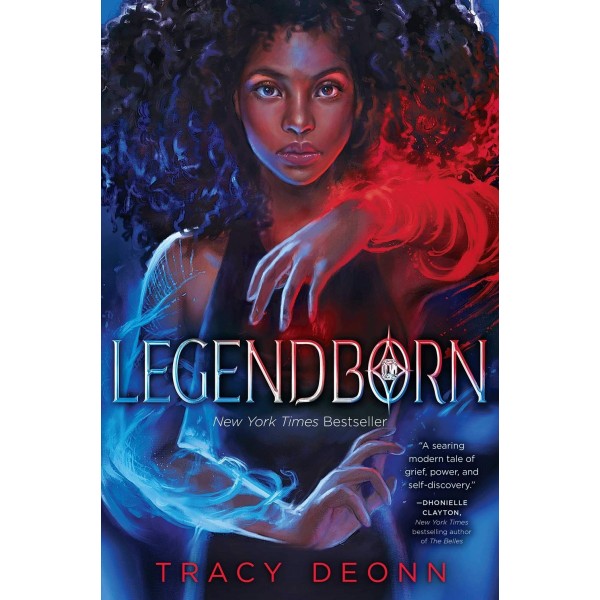 After her mother dies in an accident, sixteen-year-old Bree Matthews wants nothing to do with her family memories or childhood home. A residential program for bright high schoolers at UNC–Chapel Hill seems like the perfect escape — until Bree witnesses a magical attack her very first night on campus: a flying demon feeding on human energies, a secret society of students that hunt the creatures down, and a mysterious teenager who calls himself a “Merlin” and who attempts — and fails — to wipe Bree’s memory.

The mage’s failure unlocks Bree’s own unique magic and a buried memory: the night her mother died, another Merlin was at the hospital. Now that Bree knows there’s more to her mother’s death than what’s on the police report, she’ll do whatever it takes to find out the truth, even if that means infiltrating the Legendborn as one of their initiates.

She recruits Nick, a self-exiled Legendborn with his own grudge against the group, and their reluctant partnership pulls them deeper into the society’s secrets—and closer to each other. But when the Legendborn reveal themselves as the descendants of King Arthur’s knights and explain that a magical war is coming, Bree has to decide whether she should use her magic to take the society down — or join the fight.

"While competing in the tournament that determines entry to the society, Bree discovers the truth about her heretofore unknown magical abilities, unwinding a complex history that showcases the horrors chattel slavery in the American South perpetuates on the descendants of all involved.... Well-crafted allusions to established legends and other literary works are delightful easter eggs. Don’t look over sea or under stone, this is the fantasy novel for all once and future fans of suspense-filled storytelling." — Kirkus Reviews