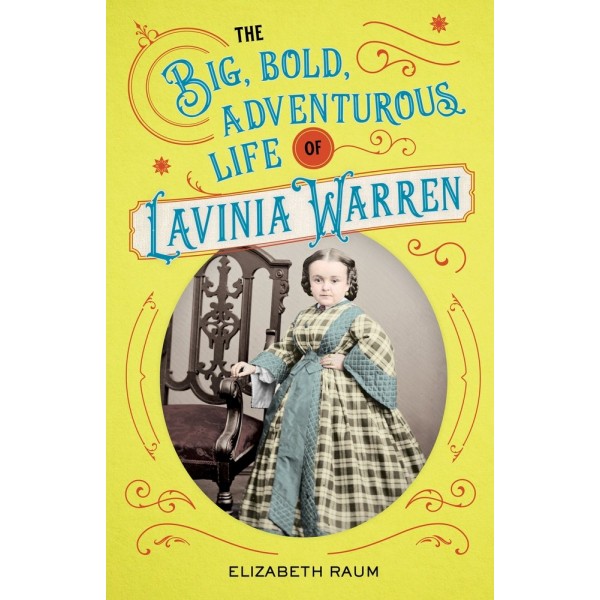 Lavinia Warren never let her height — or the lack of it — prevent her from leading a full and adventurous life. Although she never grew more than three feet tall, she became a beloved teacher, a world traveler, an entertainer and the friend of many powerful figures. Lavinia was teaching at a local school when she heard about an opportunity to travel doing shows as a “human curiosity” on a Mississippi River boat. Eventually she met P. T. Barnum and worked at his American Museum. It was there that she met Charles Stratton, a little person known to the world as “Tom Thumb.”

Their wedding, which took place on February 10, 1863, brought joy to a nation at war. President and Mrs. Abraham Lincoln held a reception for the couple at the White House. The newlyweds later toured the United States and the world. Lavinia faced several tragedies but always found the strength to go on. Lavinia’s extraordinary story also provides a social history of one of the most devastating periods in American history. With additional material on Tom Thumb Weddings, readers' questions, time line, and notes and bibliography, this is sure to be a valuable title for adventurous middle-grade readers.

"Numerous period illustrations accompany the interesting story.... Excellent backmatter rounds out this engaging tale of an unusual and spirited woman. Although Lavinia became famous as a 'human oddity,' Raum keeps the tale focused on her lively attitude and determination to use her exceptional size to achieve a stimulating life." — Kirkus Reviews