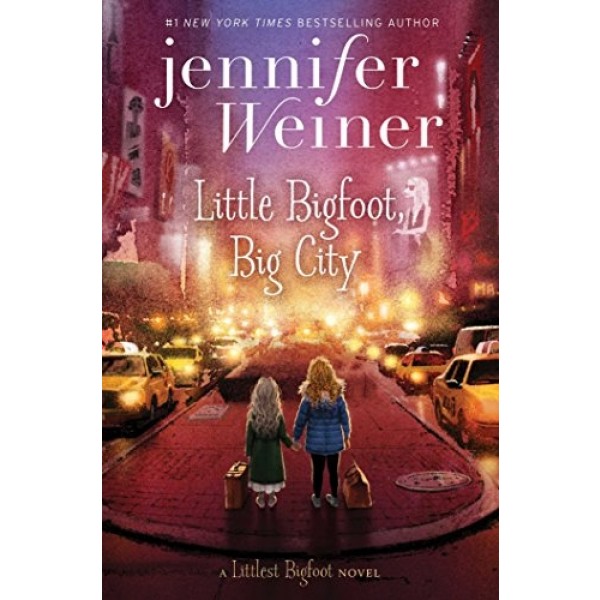 Twelve-year-old Alice Mayfair has a secret. She's not human. But who -- or what -- is she? While Alice goes in search of her past, her best friend Millie Maximus, a tiny Bigfoot with a big voice, prepares for her future. Together they plan to sneak off to New York City, where Millie hopes to audition for The Next Stage, the TV show she's sure will rocket her to stardom and free her from the suffocating expectations of her tribe.

Meanwhile Jeremy Bigelow's Bigfoot research has put him on the radar of a shadowy government organization led by a mysterious man named Trip Carruthers. The Bigfoots have something, a chemical so powerful and dangerous that the government will do anything to obtain it. And Jeremy is tasked with securing it once and for all.

In an unexpected twist of fate, Jeremy, Alice, and Millie find themselves facing off at a crossroads. But in order to determine where they're going, they have to first figure out where they come from -- and draw the line between what is good, what is evil, and what it means to be a hero.

This sequel to The Littlest Bigfoot continues Alice and Millie's adventures.

"The plot twists and turns around the realistically portrayed adolescents, while readers also mull cultural clashes, the intricacies of friendship and betrayals, the ironies of people’s fantasies, and the unexpected revelations mothers make to daughters....Fast-paced and full of questions, answers, more questions — and heart." -- Kirkus Reviews