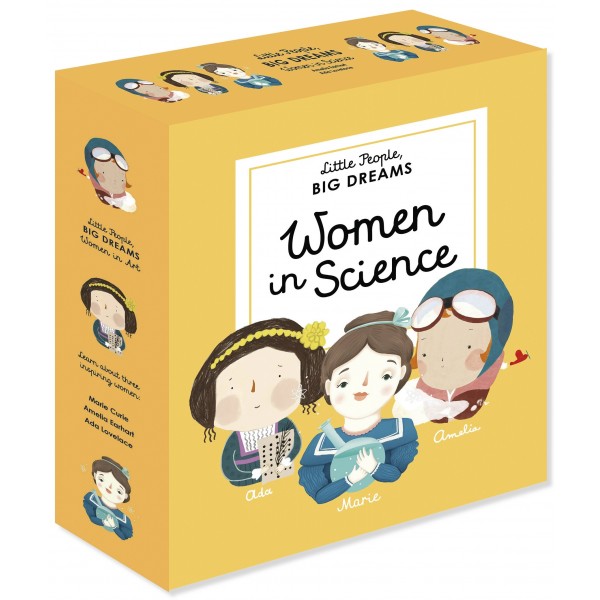 Meet three inspirational women from the world of science: Ada Lovelace, Amelia Earhart and Marie Curie! This boxed gift set of three hardback books from the internationally bestselling Little People, BIG DREAMS series introduces little dreamers to the lives of these incredible women who worked in the field of science — and changed the world.

In these remarkable true stories, learn how Ada, despite growing up without a father and becoming very sick with measles as a child, went on to become the world's first computer programmer; Amelia challenged conventional stereotypes, showing the world how brave and adventurous a woman could be by setting aviation records and undertaking dangerous flying missions; and Marie Curie was unable to go to college because she was a woman, but became a renowned scientist and eventually won the Nobel Prize for Physics.