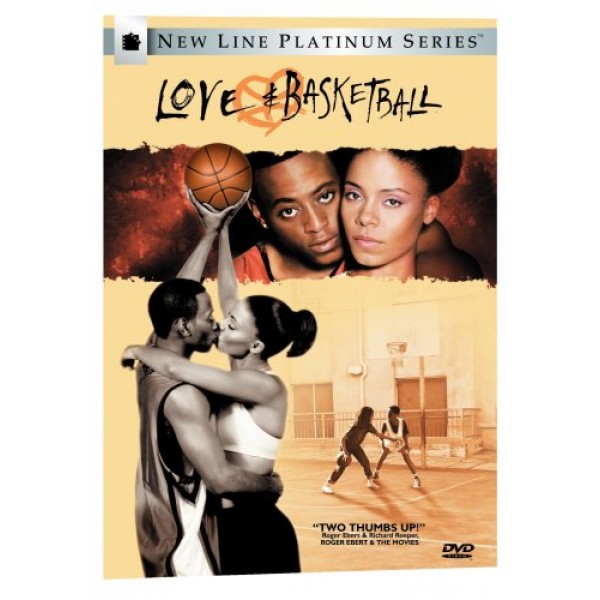 From the playground to the pro leagues, Monica and Quincy taught each other how to play the game. Now, their commitment to the sport will force them to make a choice between each other and the game...between family and team...between Love and Basketball.

Gina Prince-Bythewood, a former college athlete, puts a spin on this one-on-one tale of Love and Basketball. Sanaa Lathan (The Best Man) is the fiercely driven, hot-tempered Monica, a tomboy who gives her all for basketball. Omar Epps (The Mod Squad) is Quincy, an NBA player's son who has pro dreams of his own. Next-door neighbors since first grade, they start as rivals (she flabbergasts the boy by outplaying him in a game of driveway pickup) and age into best friends and lovers. The romantic complications follow a familiar game plan, but the film throws a fascinating spotlight onto the contrast between men's and women's basketball. While Quincy plays college ball on huge courts to cheering, sold-out crowds, we see Monica's sweat, tears, and sheer physical dedication in front of tiny audiences in small gyms and second-rate auditoriums.

The story is pointedly set in the late 1980s, years before the establishment of the WNBA, so Monica's prospects for pro ball lie exclusively in Europe, while Quincy steps into the pros at home. It's a pleasure to see a character as passionate and fully developed as Monica, and Lathan gives a fiery portrayal (she had never played ball before the film, but you'd never tell from her performance). Prince-Bythewood favors her struggle over Quincy's and opens our eyes to her unique challenges with a sharp, savvy contrast. Alfre Woodard costars as Monica's harping mom (always trying to get her to be more ladylike) and Dennis Haysbert is Quincy's philandering father. Hoops fan Spike Lee produced. -- Sean Axmaker