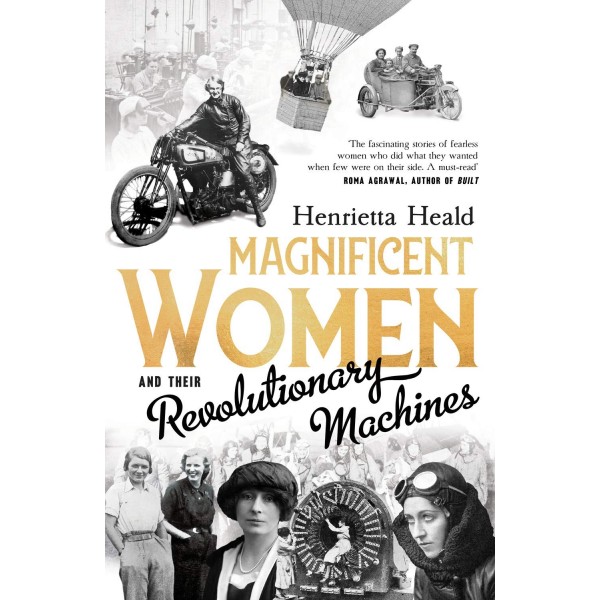 Magnificent Women and Their Revolutionary Machines

In 1919, in the wake of the First World War, a group of extraordinary women came together to create the Women's Engineering Society. They were trailblazers, pioneers and boundary breakers, but many of their stories have been lost to history. To mark the centenary of the society's creation, Magnificent Women and Their Revolutionary Machines brings them back to life.

Their leaders were Katharine and Rachel Parsons, wife and daughter of the engineering genius Charles Parsons, and Caroline Haslett, a self-taught electrical engineer who campaigned to free women from domestic drudgery and became the most powerful professional woman of her age. Also featured are Eleanor Shelley-Rolls, sister of car magnate Charles Rolls; Viscountess Rhondda, a director of thirty-three companies who founded and edited the revolutionary Time and Tide magazine; and Laura Willson, a suffragette and labour rights activist from Halifax, who was twice imprisoned for her political activities.

This is not just the story of the women themselves, but also the era in which they lived. Beginning at the moment when women in Britain were allowed to vote for the first time, and to stand for Parliament — and when several professions were opened up to them — Magnificent Women charts the changing attitudes towards women in society and in the workplace.