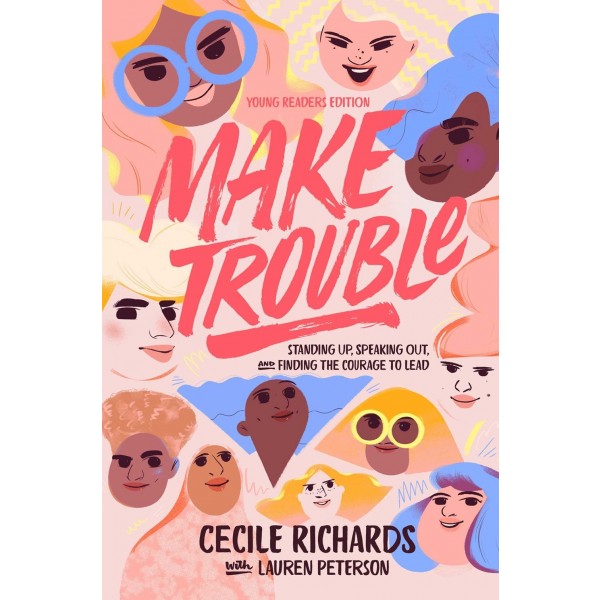 Standing Up, Speaking Out, and Finding the Courage to Lead

To make change, you have to make trouble. Cecile Richards has been fighting for what she believes in ever since she was taken to the principal's office in seventh grade for wearing an armband in protest of the Vietnam War. She had an extraordinary childhood in ultra-conservative Texas, where her father, a civil rights attorney, and her mother, an avid activist and the first female governor of Texas, taught their kids to be troublemakers. From the time Richards was a girl, she had a front row seat to observe the rise of women in American politics. And by sharing her story with young readers, she shines a light on the people and lessons that have gotten her though good times and bad, and encourages her audience to take risks, make mistakes, and make trouble along the way.

This young readers edition of her New York Times bestselling memoir, which Hillary Rodham Clinton called an "inspiration for aspiring leaders everywhere," is both an exciting memoir and an empowering guide to changing the world — starting with your very first step.

"Richards richly details the varied calls to action for social causes she’s answered throughout her career... Throughout the memoir, Richards lends solid practical advice for resisting and organizing while offering a fascinating window into contemporary social struggles. Gritty, accessible, and sure to strike a chord with action-oriented Gen Z." — Kirkus Reviews