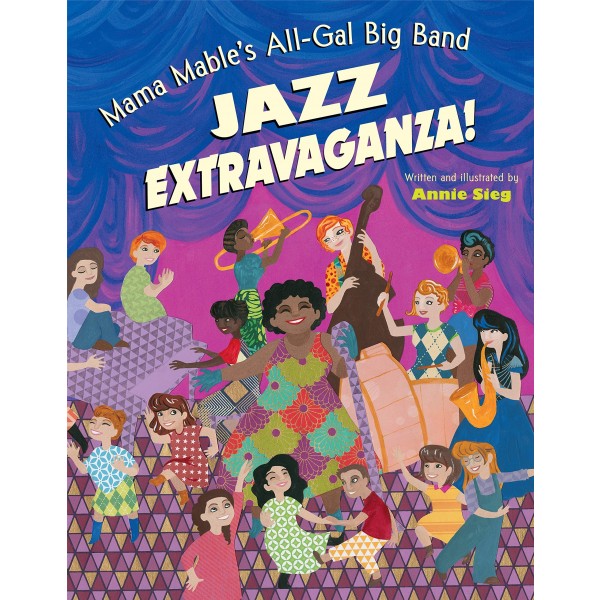 Everyone knows about Rosie the Riveter, the icon for working women during World War II. Now prepare to meet a group of young women who did the same for music! From saxophonists and drummers to trumpeters, pianists, trombonists, and singers, talented young women across the country picked up their instruments — and picked up the spirits of an entire nation — during the dark days of World War II. Together they formed racially integrated female bands and transformed the look and sound of jazz, taking important strides for all women in the world of music.

Debut author-illustrator Annie Sieg models her characters on real-life women musicians like Valaida Snow and Willie Mae Wong, but allows her fictional music group to represent the dozens of all-female groups that cropped up during the war. This story, set during the Great Migration, shines a spotlight on the young women who epitomized the sound and spirit of jazz of the era, while opening young readers' eyes and ears to the role of women then and now in music.

"In vibrant mixed-media art, the narrative follows a child in a red dress through inclusive spreads of women working and attending the band’s concert. When the girl is reticent to bid the musicians farewell, a supportive word from Mama Mable underlines their inherent sisterhood. A toe-tapping readaloud, a joyful vision of women in community, and a stepping stone to a discussion of music as a social enterprise." — Publishers Weekly