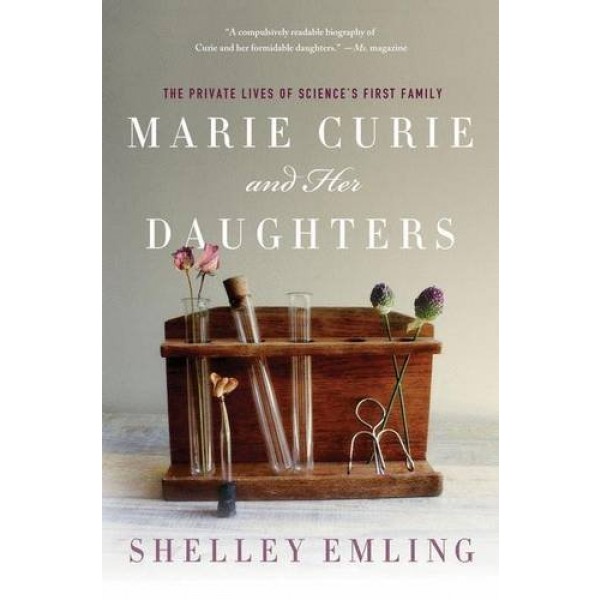 In Marie Curie and Her Daughters, science writer Shelley Emling shows that far from a shy introvert toiling away in her laboratory, the famed scientist and two-time Nobel prize winner was nothing short of an iconoclast. Emling draws on personal letters released by Curie's only granddaughter to show how Marie influenced her daughters, yet let them blaze their own paths: Irene followed her mother's footsteps into science and was instrumental in the discovery of nuclear fission; Eve traveled the world as a foreign correspondent and then moved on to humanitarian missions.

Emling also shows how Curie, following World War I, turned to America for help. Few people know about Curie's close friendship with American journalist Missy Meloney, who arranged speaking tours across the country for Marie, Eve, and Irene. Factually rich, personal, and original, this is an engrossing story about the most famous woman in science that rips the cover off the myth and reveals the real person, friend, and mother behind it.