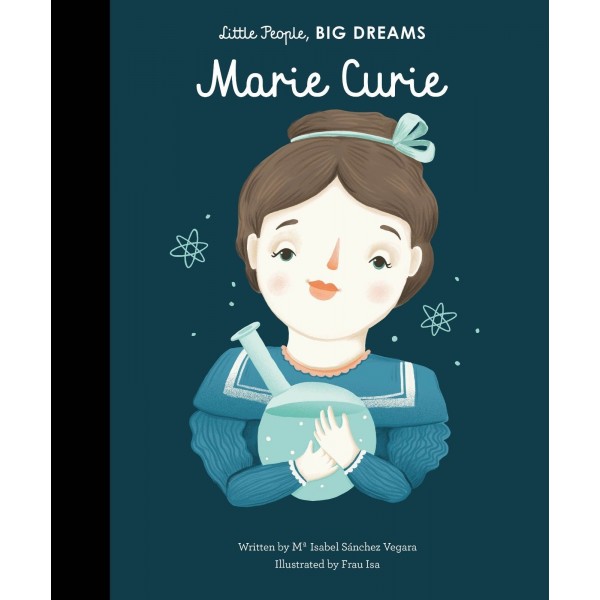 When Marie Curie was young, she was unable to go to college because she was a woman. But when she was older, her scientific work was respected around the world. Her discoveries of radium and polonium dramatically helped in the fight against cancer, and she went on to be the first woman to win the Nobel Prize for Physics — and the only person ever to win Nobel Prizes in two different scientific disciplines! Even today, Curie is an inspiration for thousands of women scientists around the world.

This moving book from the Little People, BIG DREAMS series features stylish and quirky illustrations and extra facts at the back, including a biographical timeline with historical photos and a detailed profile of this groundbreaking scientist's life.