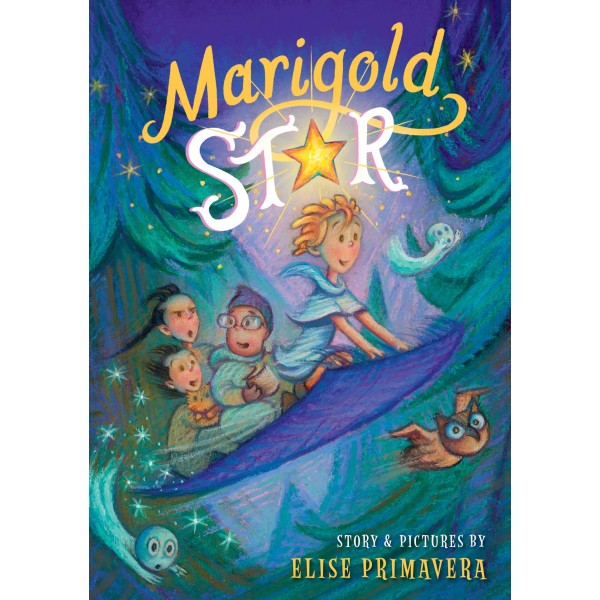 Marigold Star is destined for greatness. Everyone in Bramblycrumbly thinks so, her parents and pet dragon included. There's just one problem. Marigold can't do magic! Then one day she tries a new spell written in a very old book. It's called the Invis-O-Friend Spell, and it makes Marigold invisible to all but the friend who needs her most. To Marigold's surprise, the spell works!

But now there's another problem. The spell sent Marigold to the human world. And to return home, she'll have to befriend a host of human children who are struggling to make friends. Marigold will have to hurry, or the line between her magical world and the human one might crumble until she has no home left to go back to. From New York Times bestselling author-illustrator Elise Primavera comes an imaginative young middle grade fantasy adventure bubbling with wit and whimsy.

"Marigold makes friends with wonderful ease, a talent she dismisses until her quest reveals how powerful a gift it truly is. Delightfully imaginative characters populate the story, including a troll who knits and a friendless shadow boy. Vivid details in both the text and accompanying art bring Marigold’s magical world to life in this cheerful adventure by Primavera (I’m a Baked Potato!) that celebrates friendship and kindness." — Publishers Weekly