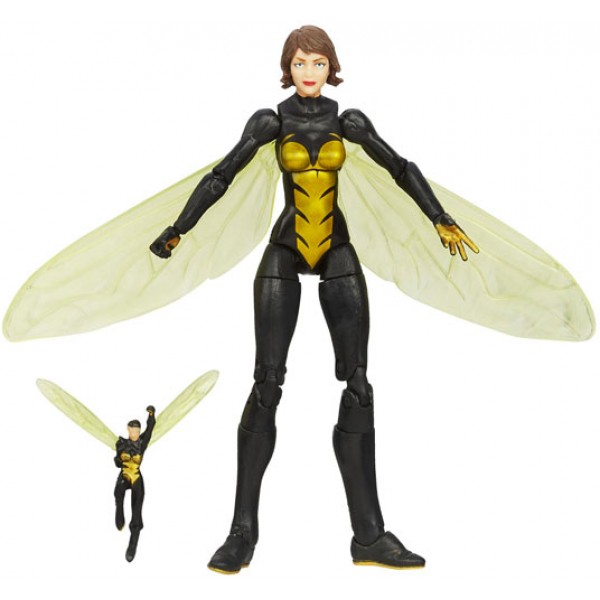 Although she's capable of storming into battle as a hundred-foot giant, Janet van Dyne prefers to flit through the fight at insect scale. Many villains have underestimated the Wasp, but few have escaped the excruciating blast of her sting.

Start the battle of good versus evil with this heroic Marvel Wasp figure! This winged hero will fight side by side with the Avengers in the fight for justice. This 3.75" figure also comes with a miniature version for when Wasp shrinks herself to insect size.