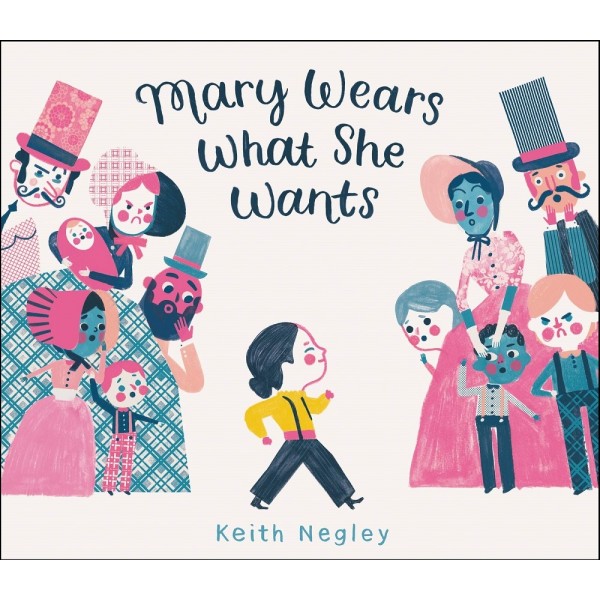 Mary Wears What She Wants

Once upon a time (but not that long ago), girls only wore dresses. And only boys wore pants. Until one day, a young girl named Mary had an idea: She would wear whatever she wanted. And she wanted to wear pants! But not everyone agrees, and it's not long before the townsfolk are gasping, heckling, and even throwing things at her as they demand she dress the way a girl "should." Fortunately, supportive family and her own determination win out, and Mary becomes the first of many, many girls who love wearing pants!

Loosely inspired by the story of Mary Edwards Walker, the trailblazing American physician who wore pants while treating wounded during the Civil War, this charming picture book by the award-winning creator of My Dad Used to Be So Cool and Tough Guys Have Feelings Too celebrates individuality and the power of one person to change the world.

"The pint-size Walker hates wearing the 'heavy-and-hot-and-hard-to-breathe-in dresses' of her era and believes that 'the way things have always been' didn’t have to stay that way.... Back matter provides a photo of Walker along with brief biographical content." — Publishers Weekly