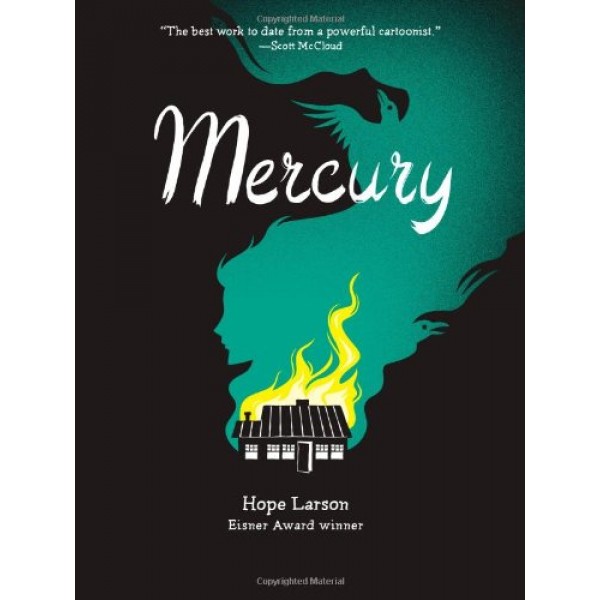 August 31, 5:15 PM, French Hill, Nova Scotia: A girl named Tara is running. She runs through her nice neighborhood and up a road to the burned ruins of what was once a beautiful house--her family's house.

August 31, 1859, French Hill, Nova Scotia: A girl named Josey is picking blackberries with her friend Connie. As the girls gossip, a handsome stranger knocks on the door of Josey's house. His name is Asa, and with his coming, Josey's life--and later in time, Tara's as well--is about to change forever.

Because there is treasure in the woods that belong to Josey's family. Gold--an untold fortune. Asa has a secret way of finding it, and his partnership with Josey's father could make them all rich. But there is darkness in the woods, and in Asa. And in the present day, Tara, Josey's descendent, is about to discover the truth about what really happened in the family's past.

Eisner award winner Hope Larson weaves together history, romance, and a touch of her trademark magical realism in this remarkable graphic novel of how the past haunts a teenage girl's present.

"Set in Nova Scotia, this book relates two coming-of-age stories in tandem, showing how the past interweaves with the present. In the present, Tara and her mother have lost their old farmhouse in a fire, and Tara's mother is struggling to support them from far away while Tara lives with relatives. She loved the old house and wants to rebuild it, but her mother is pressured to find a job elsewhere . . . Though the end of the story leaves things hanging for Tara and her mother, the actions that the girl takes to gain control of her destiny suggest that she will find a way to achieve her goals. The storytelling, both in words and pictures, brilliantly offers details from Canadian history and modern life. The dialogue varies from funny to poignant." -- School Library Journal