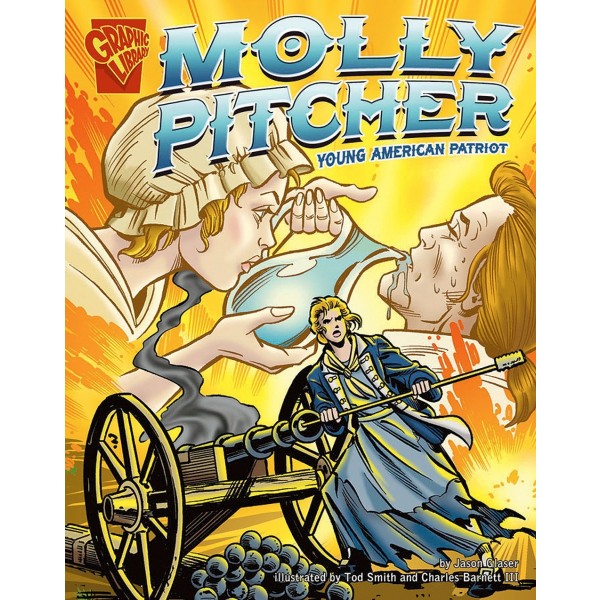 It's the midst of the Revolutionary War, and young Molly's husband is part of General Washington's army. She can't serve as a soldier, but she can bring water to those fighting during the Battle of Monmouth, helping them withstand the dreadful heat in the midst of battle. When her husband is wounded in action, she rushes to his side... and when she realizes that no one else is available to operate his cannon, she steps into his place, ready to do her part to fight for her new country.

In this graphic novel biography from the Graphic Library, kids will learn about Molly Pitcher's story in a thrilling telling that helps them imagine what it's like to be in the middle of the action!