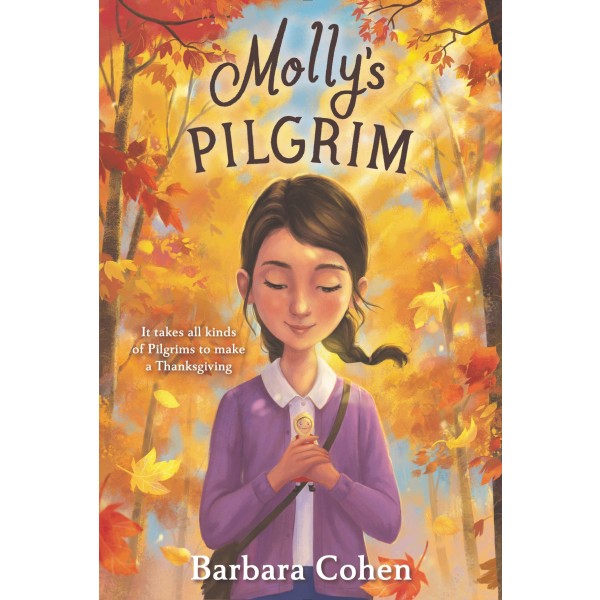 It's the turn of the 20th century, and Molly's Russian Jewish family is the only one of its kind in her new home in Winter Hill — and she is teased endlessly by her classmates about her accent and clothing. So when her third-grade teacher decides the class will build a Thanksgiving diorama and assigns Molly to design a Pilgrim figure, she just wants to fit in. To Molly's mother, though, the description of a Pilgrim — someone seeking freedom from persecution — sounds all too familiar, and she uses Molly's description to create a doll that looks more like a Russian peasant girl than the figures in black dresses her classmates provide.

Fortunately, Molly's teacher steps in to point out that Thanksgiving was based on a Jewish holiday, and that Molly is the only person in the class who could be considered a true Pilgrim. This heartfelt story provides a new perspective on an American holiday, as well as a reminder that people still come to America in search of the freedom to be themselves.

"Young listeners will sympathize and empathize with Molly and will gain a greater appreciation for all Pilgrims in America. This story will encourage dialogue and lively discussions on numerous topics: American values, tolerance, religious freedom, Thanksgiving traditions, Jewish customs and holidays. It will captivate an attentive audience every month of the year." -- School Library Journal