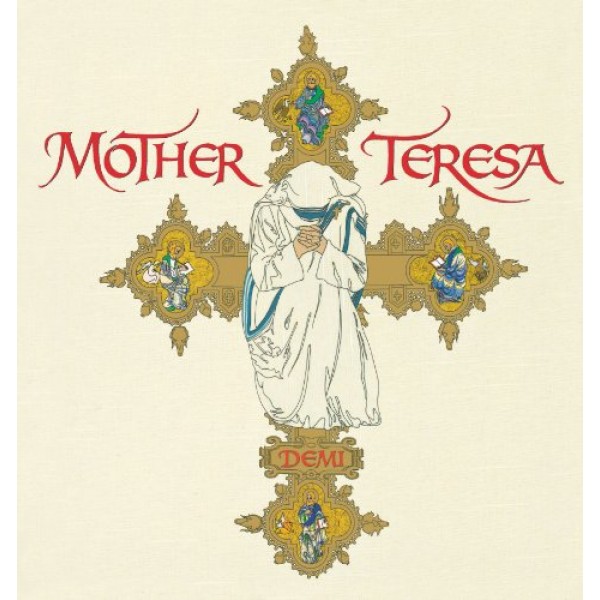 Born Agnes Gonxha Bojaxhiu in 1910, Mother Teresa was called to a religious life at a young age and began her novitiate in 1928. She took the name "Teresa" after Saint Teresa of Lisieux, the patroness of missionaries, and dedicated her entire life to helping the poorest of the poor in India and, later, throughout the world.

Founder of the Missionaries of Charity in 1950, she came to be known as Mother Teresa and oversaw thousands of nuns as they ministered to the poor, the starving, and the dying.

Mother Teresa was the recipient of many of the world's most prestigious humanitarian awards, including the United States Medal of Honor and the Nobel Peace Prize. She died in Calcutta, India, in 1997 and was beatified by Pope John Paul II on October 19, 2003.

Blessed by Pope John Paul II himself, Demi's Mother Teresa is a glorious biography of one of the most beloved women of our time -- a woman whose actions and words will inspire us all.

For more stories of women role models from around the world, visit our Biography section.

"In clear, readable prose and richly colored paint-and-ink illustrations adorned with decorative gold-leaf borders, Demi conveys Mother Teresa's innate goodness and religious devotion while recounting the story of her inspiring accomplishments on behalf of the 'poorest of the poor.'" -- School Library Journal

Demi is the award-winning creator of numerous books for children, including The Empty Pot, Buddha, The Dalai Lama, The Legend of Saint Nicholas, and Gandhi, which was named a New York Times Best Illustrated Book and received an Oppenheim Toy Portfolio Platinum Award. Demi lives in Carnation, Washington.