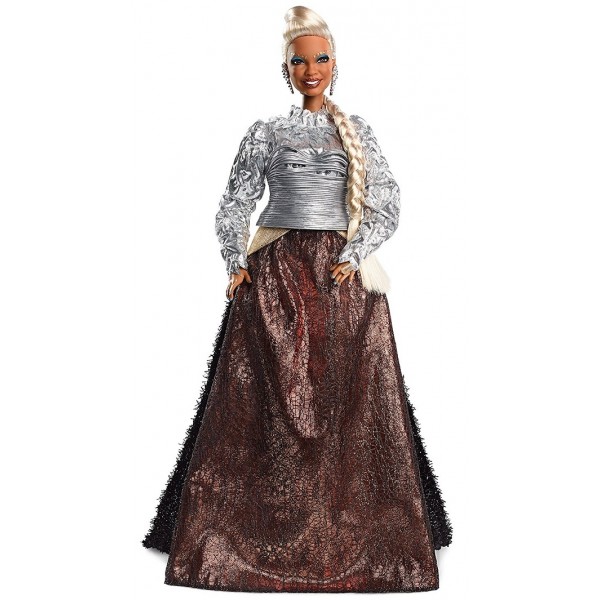 In Disney's A Wrinkle in Time, Meg Murry embarks on an epic adventure across the universe to find her missing father with three celestial beings as her guides: powerful warriors made of stardust, each with a special role in Meg’s journey. On the way, she'll discover an evil force that threatens to cover the world in darkness — and learn that she can help fight the Black Thing and return light to the universe.

Mrs. Which, played by Oprah Winfrey in the film, is the most ancient and wise, inspiring Meg to be a warrior herself. Now you can celebrate the upcoming movie — and the classic novel on which it was based — with this doll from the Barbie Signature line. The Mrs. Who doll features a fully articulated body, perfect for posing, and comes with a doll stand and Certificate of Authenticity.

Fans of this doll will also love the Mrs. Whatsit and Mrs. Who dolls from the same line.