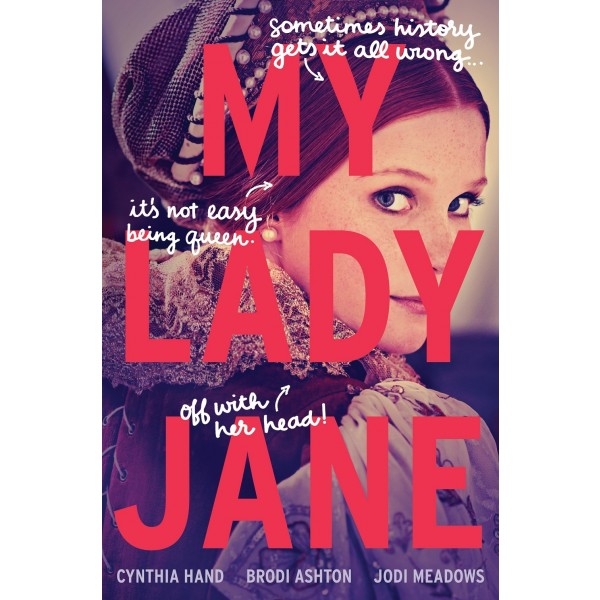 At sixteen, Lady Jane Grey is about to be married off to a stranger and caught up in a conspiracy to rob her cousin, King Edward, of his throne. But those trifling problems aren’t for Jane to worry about. Jane gets to be Queen of England. Like that could go wrong.

In My Lady Jane, coauthors Cynthia Hand, Brodi Ashton, and Jodi Meadows have created a one-of-a-kind YA fantasy in the tradition of The Princess Bride, featuring a reluctant king, an even more reluctant queen, a noble steed, and only a passing resemblance to actual history — because sometimes history needs a little help.

For the next two books in the Lady Janies series, check out My Plain Jane and My Calamity Jane.

"Instead of Catholics and Protestants, England is torn between the Eðians, who shape-shift into animals, and the Verities, who loathe them. As in reality, Jane is wed to Gifford (Guildford in history) Dudley, installed as queen, and imprisoned by Mary. However, this Jane and Gifford escape their executions through animal magic.... [This] gleefully anachronistic comedy will entertain with its cast of likable heroes and buffoonish villains." — Kirkus Reviews