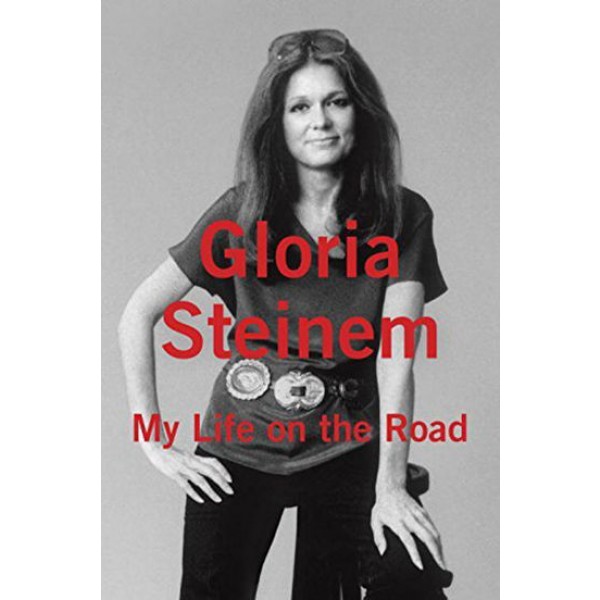 My Life On The Road

Gloria Steinem had an itinerant childhood. When she was a young girl, her father would pack the family in the car every fall and drive across country searching for adventure and trying to make a living. The seeds were planted: Gloria realized that growing up didn't have to mean settling down. And so began a lifetime of travel, of activism and leadership, of listening to people whose voices and ideas would inspire change and revolution.

My Life on the Road is the moving, funny, and profound story of Gloria's growth and also the growth of a revolutionary movement for equality — and the story of how surprising encounters on the road shaped both. From her first experience of social activism among women in India to her work as a journalist in the 1960s; from the whirlwind of political campaigns to the founding of Ms. magazine; from the historic 1977 National Women's Conference to her travels through Indian Country — a lifetime spent on the road allowed Gloria to listen and connect deeply with people, to understand that context is everything, and to become part of a movement that would change the world.

"Long before Sheryl Sandberg leaned in at work, Steinem was preaching the gospel of empowered women by, among other things, traveling the country and the world listening to people, gathering stories and insights, offering support of the intellectual and emotional kind. From the very first page — in which she dedicates her book to the British doctor who ended Steinem's pregnancy, illegally, in 1957 — to the tales of a supposedly shy woman who admitted she wanted to nail her sloppy husband's tossed-anywhere underwear to the floor, Steinem recounts a life well-travelled in every sense. Now 81, the woman who at 40 replied to a compliment about her appearance with 'this is what 40 looks like,' Steinem can still raise consciousnesses, including her own." — Sara Nelson, Amazon.com Reviews