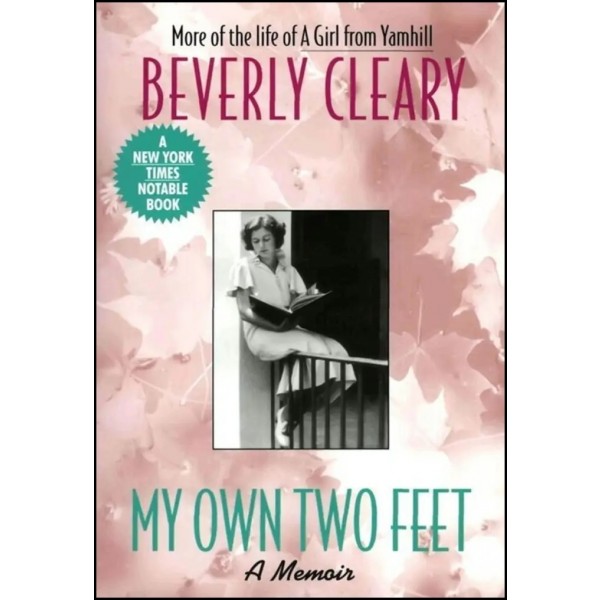 The New Yorker called Beverly Cleary's first volume of memoirs, A Girl From Yamhill, "a warm, honest book, as interesting as any novel." Now the creator of the classic characters like Ramona Quimby continues her own fascinating story. In 1934, Beverly Bunn left home to attend college in California, which she imagined as the land of orange groves and movie stars, far removed from the hardships of the Depression. She juggled studies of Chaucer and French grammar with the many chores that came with life in a student cooperative house. She also found time to eat a bacon and tomato sandwich with a quiet young man named Clarence Cleary.

Work as a librarian brought her into contact with all sorts of youngsters, from the children of the unemployed to the offspring of doctors and lawyers. But it was the children who built scooters out of apple boxes and roller skates who truly inspired her. They asked, "Where are the books about kids like us?" and the young librarian responded with her first book, about a boy named Henry who had a dog named Spareribs — later changed to Ribsy.

Told with the deep understanding of human nature that has made her books beloved by three generations of readers, My Own Two Feet is a lively, unforgettable look at the early years of a woman whose books speak directly to the hearts and imaginations of children everywhere.

"Cleary handles her own life well, giving it the shape that real life most often does not have, offering readers a sense of what it was like growing up in the 1930s, going to college when it was not common for women to do so, marrying and working during World War II. She also has those incidents that are common in coming-of-age books, fiction or otherwise: young love, wardrobes, defying parents, a first apartment, a first job (as a children's librarian). The book ends with her first book, inspired by her inner drive to write books for children who are not committed readers. So the book ends with a beginning." -- Ruth K. MacDonald, School Library Journal