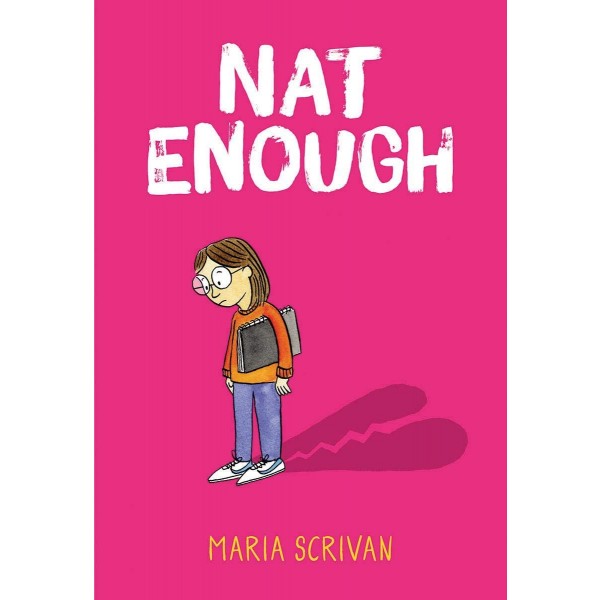 Making friends isn't easy, but losing them is even harder! Natalie has never felt that she's enough — athletic enough, stylish enough, or talented enough. And on the first day of middle school, Natalie discovers that things are worse than she thought: now she's not even cool enough for her best friend, Lily! Lily has befriended one of the school's "cool girls" and now Natalie is a target, not a friend.

As Natalie tries to get her best friend back, she learns more about her true self and natural talents — and meets new friends (and even a boy!) who like both. She begins to ask herself if she's tied too much of her identity to Lily, and if being Lily's friend is enough for her. If Natalie can focus on who she is rather than who she isn't, then she might realize she's more than enough, just the way she is. This unique graphic novel, framed as Nat's sketchbook, features a heartfelt story about friendship, identity, and being true to yourself. Nat's story continues in the sequel, Forget Me Nat.

"A few newfound friends work unwaveringly to support Natalie in her journey to rebuild her self-esteem: 'I’ve spent so much time thinking about what I’m not good at…that I never think about what I am good at.' Both the illustration style and slice-of-life pacing have an early-2000s feel.... Natalie’s straightforward, heartfelt story will still resonate." — Kirkus Reviews