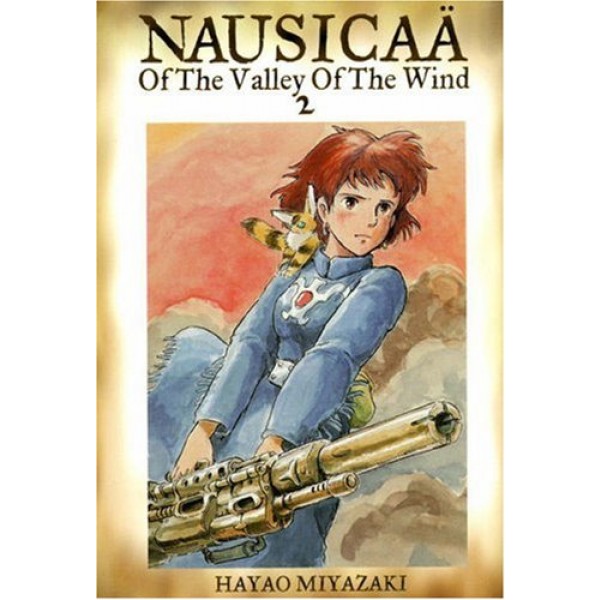 Nausicaa of the Valley of the Wind, Volume 2

In a long-ago war, humankind set off a devastating ecological disaster. Thriving industrial societies disappeared. The earth is slowly submerging beneath the expanding Sea of Corruption, an enormous toxic forest that creates mutant insects and releases a miasma of poisonous spores into the air. At the periphery of the sea, tiny kingdoms are scattered on tiny parcels of land. Here lies the Valley of the Wind, a kingdom of barely 500 citizens; a nation given fragile protection from the decaying sea's poisons by the ocean breezes; and home to Nausicaa.

Nausicaa, a gentle but strong-willed young princess, has an empathic bond with the giant Ohmu insects, who open their hearts to her. In her quest to create peace among empires fighting over the world's remaining precious natural resources, will Nausicaa be able to interpret the Ohmus' urgent warning about the southern forest? And what of the war which rages all around her?

This continuation of Nausicaa of the Valley of the Wind, Volume 1 also represents the end of the plotline used in the 1984 film adaptation.