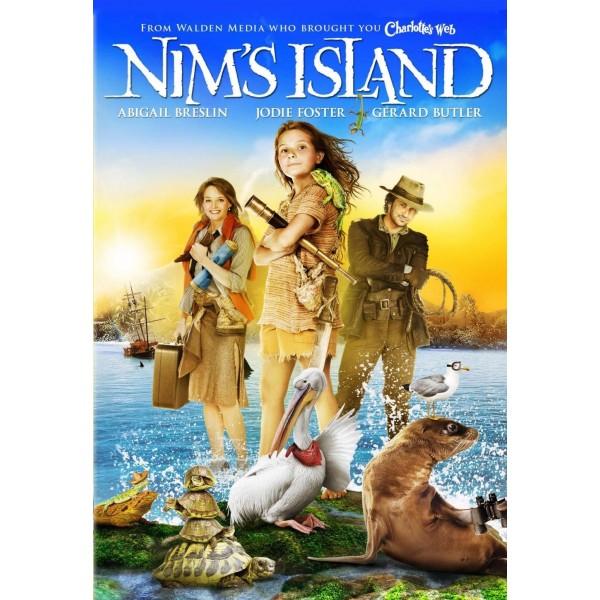 In this family friendly feature film based on the novel by Wendy Orr, Nim Rusoe (Abigail Breslin) lives on a deserted island with her scientist father Jack (Gerard Butler) and her best friends: Selkie, a sea lion; Fred, a bearded dragon lizard; and Galileo, a plucky pelican. But when Jack goes missing at sea and the island is "invaded," Nim reaches out via e-mail to the adventurous author (Jodie Foster) of her favorite books, and together, each discovers what it takes to truly become the hero of your own life story.

" Nim, Alexandra, and Jack embark upon the adventures of a lifetime in which each must overcome his or her own fears and perceived powerlessness and limitations in order to grow and help one another. The question is; can each prevail against his or her own insecurities and the fury of nature? Based on the novel Nim's Island by Wendy Orr, Nim's Island is first and foremost a captivating adventure full of suspense and peril which also offers a touching look at the love between a father and daughter." — Tami Horiuchi, Amazon.com Reviews