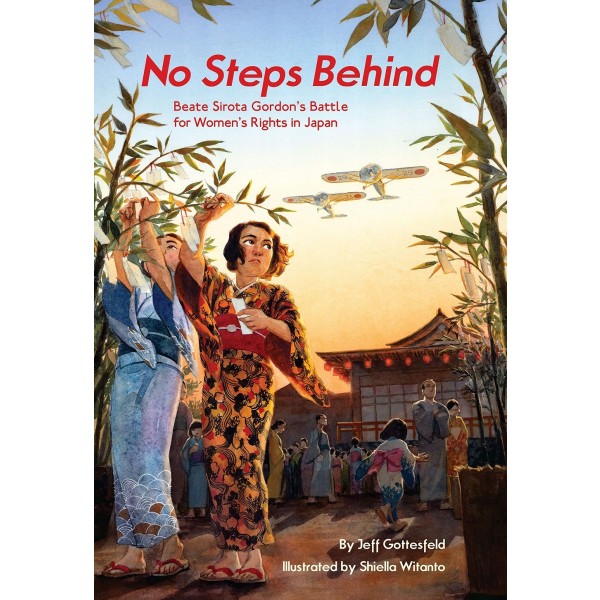 No Steps Behind: Beate Sirota Gordon's Battle for Women's Rights in Japan

Discover the unlikely story of Beate Sirota Gordon, a daughter of Russian and Austrian Jews who grew up in Japan, becoming fluent in both Japanese language and culture. But that also meant witnessing its sexism, including proverbs like "women walk three steps behind." During her college years — in the midst of World War II — she studied in California, which opened her eyes to issues of women's rights. When the war was over, she was only 22, but her gift for language won her a position as a translator working for the American military after WWII.

When Gordon's role took her back to Japan, she had a unique opportunity to work with the delegation writing the new post-war constitution. And that gave her an idea: she could help the women of Japan by ensuring that women's rights were part of it. This vibrant, detailed picture book biography about Gordon's work in Japan, accented by richly colored illustrations that draw the reader in, celebrates the power of women supporting one another.