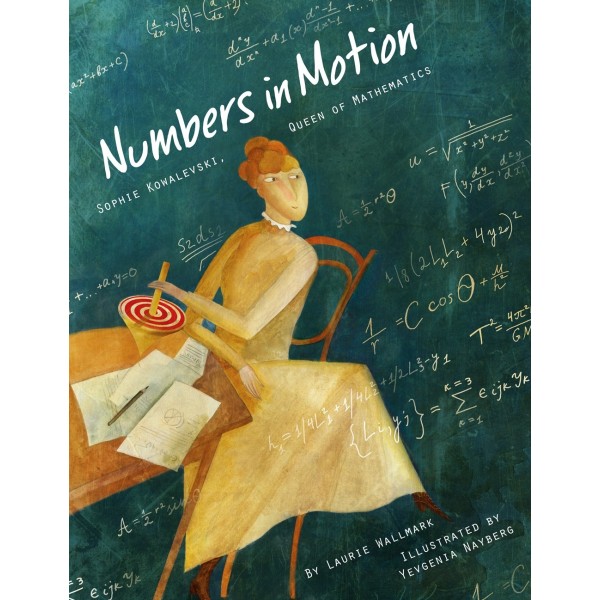 Sophie Kowalevski's bedroom was papered with her father's discarded mathematics equations — and she was fascinated. As she grew, she became both a brilliant mathematician and a talented writer; her creative work nurtured her mathematical research, giving her a flexibility of thought she treasured. In the late 1800s, universities didn't often accept women — particularly for graduate degrees — but she refused to let it stop her. And eventually, she would become the first woman to receive a doctorate in mathematics!

This inspiring title tells the story of Sophie's journey, not just to having her thesis accepted, but also to holding a university chair in mathematics and becoming the editor of a major scientific journal. Laurie Wallmark's text celebrates her persistence (and her recognition of the importance of the arts as well as the sciences), while Yevgenia Nayberg's layered and detailed illustrations invite readers into Sophie's world of numbers. It's a tribute to a woman who insisted on being who she was — and whose work changed mathematics forever.