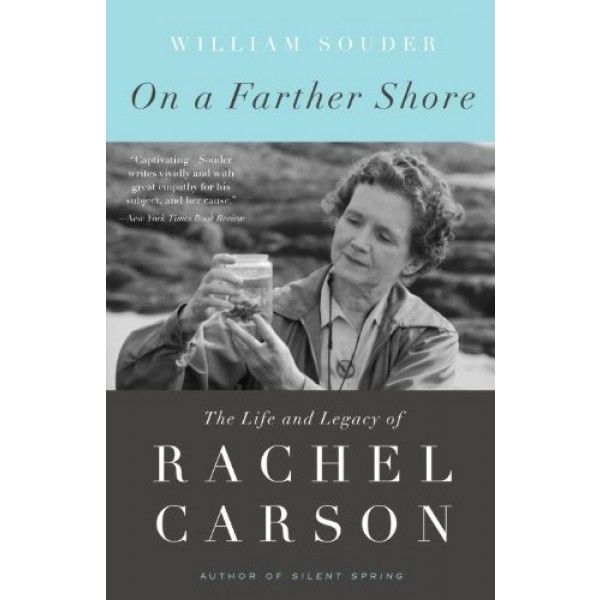 On A Farther Shore: The Life and Legacy of Rachel Carson, Author of Silent Spring

Rachel Carson loved the ocean and wrote three books about its mysteries. But it was with her fourth book, Silent Spring, that this unassuming biologist transformed our relationship with the natural world. Silent Spring was a chilling indictment of DDT and other pesticides that until then had been hailed as safe and wondrously effective. Silent Spring shocked the public and forced the government to take action, despite a withering attack on Carson from the chemicals industry. By drawing frightening parallels between dangerous chemicals and the then-pervasive fallout from nuclear testing, Carson opened a fault line between the gentle ideal of conservation and the more urgent new concept of environmentalism.

Elegantly written and meticulously researched, On a Farther Shore reveals a shy yet passionate woman more at home in the natural world than in the literary one that embraced her. William Souder also writes sensitively of Carson's romantic friendship with Dorothy Freeman, and of Carson's death from cancer in 1964. This extraordinary new biography captures the essence of one of the great reformers of the twentieth century.